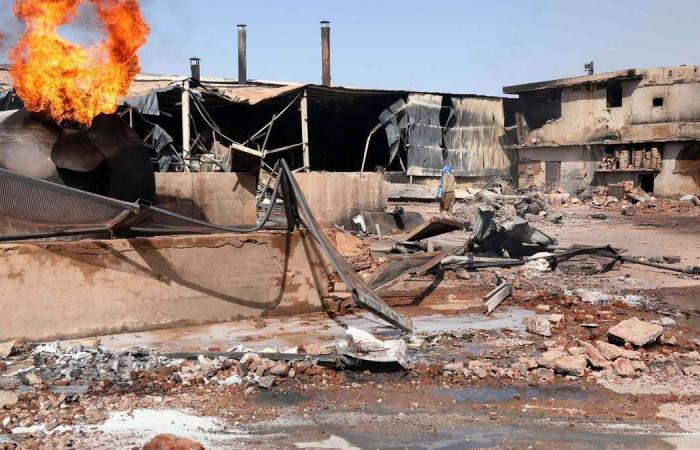 Hind Al Soulia - Riyadh - At least 23 people were killed and 130 injured in a huge explosion that ripped through a tile factory in Sudan’s capital of Khartoum on Tuesday,

Several of the wounded were in critical condition, the Sudanese government said, suggesting the death toll could rise.

A gas tanker abruptly caught fire and exploded, destroying the factory. The government ordered an investigation into the cause and what it called a lack of basic safety measures at a site full of combustible material.

Social media videos showed a ball of fire launched into the sky, sending workers running for cover, as plumes of dense black smoke billowed above the plant.

Firefighters cleared the area within a few hours, pulling bodies out on stretchers and leaving the factory a charred ruin.

“We felt a huge quake. We rushed to see what was happening and were shocked to find a fire and everyone fleeing,” witness Said Al Hassan told AP.

William, a factory employee, told Reuters: "I don't understand what happened. I heard a blast and ran.

"One man in a jallabiya [kandura] was running behind me. He suffered a serious injury and I was also injured in my leg."

Hussein Omar, a volunteer at the scene, said: "I pulled out 14 bodies that were completely burnt."

The government expressed its “deepest condolences” to the families of victims and wished a “swift recovery to all wounded".

Sudan has suffered various industrial accidents in recent months, raising concerns about the adequacy of health and safety regulations.

This year, a fire caused partial damage to the presidential palace in Khartoum.

These were the details of the news At least 23 killed in Sudan factory fire for this day. We hope that we have succeeded by giving you the full details and information. To follow all our news, you can subscribe to the alerts system or to one of our different systems to provide you with all that is new.