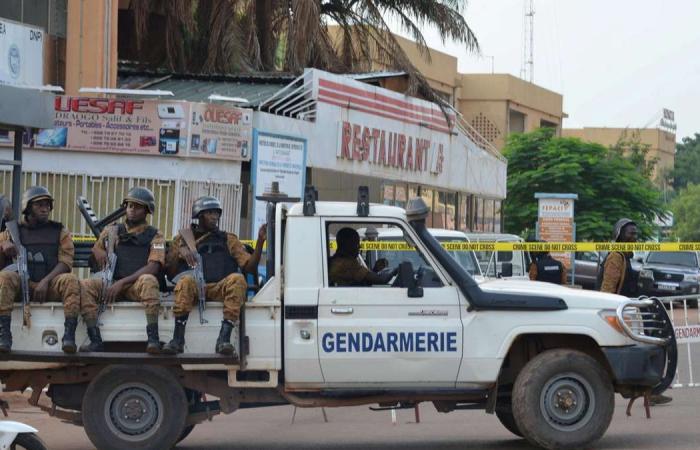 Hind Al Soulia - Riyadh - At least 14 people have been shot dead and many more hurt in a gun attack on a church in eastern Burkina Faso during Sunday Mass.

"Unidentified armed men" carried out the attack during a Sunday service at a Protestant church in the town of Hantoukoura, near the border with Niger, a regional government statement said.

Local soldiers were hunting down the assailants, who fled on scooters, a security source said told AFP.

The identity of the assailants is not yet clear but there is a history of attacks in the area by groups linked to Al Qaeda and ISIS.

"I condemn the barbaric attack against the Protestant Church of Hantoukoura in the department of Foutouri," Burkina Faso President Roch Marc Christian Kabore tweeted on Sunday.

"I offer my deepest condolences to the bereaved families and wish a speedy recovery to the wounded."

The West African country has suffered attacks on Christian targets since February, killing 21 before Sunday's raid.

Burkina Faso's population is about two-thirds Muslim and one-third Christian.

Terrorist groups target Christian priests and Muslim clerics who they do not consider to be sufficiently radical in a country where the two religions have traditionally co-existed peacefully.

More than 700 people have been killed in unrest since fighting spilled across the border from Mali.

An ambush on a convoy taking employees of a Canadian mining company in eastern Burkina Faso this month killed 37 people, the deadliest attack in nearly five years of extremist violence.

Attacks in Burkina Faso, which borders Mali and Niger, began in the north but spread to the east and the west of the country in 2018, while the capital Ouagadougou has been hit three times.

The UN says about 500,000 people have been internally displaced by such attacks, which have been increasing this year as the under-equipped, poorly trained army struggles to contain the terrorist threat in the former French colony.

These were the details of the news Fourteen killed in Burkina Faso Sunday church attack for this day. We hope that we have succeeded by giving you the full details and information. To follow all our news, you can subscribe to the alerts system or to one of our different systems to provide you with all that is new.

PREV Goal Morning … a wonderful goal for Modric leads Tottenham to...
NEXT Teen who filmed George Floyd’s last moments will be rewarded for...