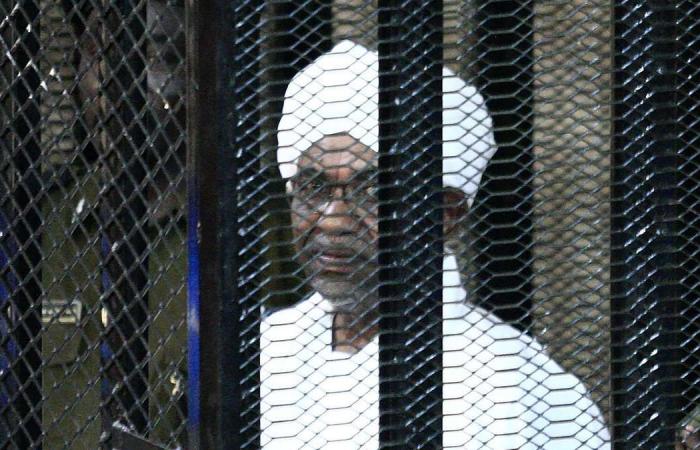 Mr Bashir and his Islamist National Congress Party (NCP) had ruled Sudan since 1989 before a nationwide protest movement resulted in the president being deposed earlier this year.

The country's ruling sovereign council and the cabinet led by Prime Minister Abdalla Hamdok made the decision to dissolve the party, approving a law titled "Dismantling of the regime of 30th June 1989".

"The National Congress Party is dissolved and its registration is cancelled from the list of political parties in Sudan," the decree said, adding that a committee would be formed to confiscate all its properties and assets.

"None of the symbols of the regime or party would be allowed to engage in any political activity for 10 years."

The dissolution of the party was "did not result from a quest for vengeance" against the country's former rulers, Mr Hamdok wrote in a series of tweets on Friday.

Rather, it aimed to "preserve and restore the dignity of our people who have grown weary of the injustice under the hands of the NCP who have looted and hindered the development of this great nation".

"This is also to enable efforts to retrieve the stolen wealth of the people," Mr Hamdok said.

Wajdi Salah, a spokesman of the umbrella protest movement Forces of Freedom and Change, said on his Facebook page that the old regime party would be dismantled completely.

The Sudanese Professionals Association, the protest group that had initially led the demonstrations against Mr Al Bashir, praised the decision to dismantle the former regime.

"It is a major step towards achieving the goal of the revolution and on the path of building a democratic civilian state," the SPA said in a statement.

Mr Al Bashir and the NCP ruled Sudan with an iron fist since he seized power in 1989 by overthrowing the elected government of prime minister Sadiq Al Mahdi.

On Thursday, the sovereign council and the cabinet also formally scrapped the controversial public-order law that had severely curtailed women's rights in the country during Mr Al Bashir's rule.

"I pay tribute to the women and youth of my country who have endured the atrocities that resulted from the implementation of this law," Mr Hamdok said on Twitter.

Thousands of women were flogged, fined and even jailed under the archaic law that activists said primarily targeted women through harsh interpretations of Islamic law.

Under the law those who consumed or brewed alcohol, which is banned in Sudan, were punished, while activists said security forces used the law to arrest women for attending private parties or wearing trousers.

The controversial law had led to simmering anger among women for decades.

Women were at the forefront of the demonstrations that erupted in December 2018 against Mr Al Bashir.

The protests were triggered by a steep increase in bread prices and quickly turned into a nationwide anti-regime movement. The army removed Mr Al Bashir from office on April 11, and in August a joint civilian and military sovereign council was formed to oversee the country's transition to civilian rule as demanded by protesters.

A civilian-led cabinet headed by Mr Hamdok is charged with the day-to-day running of the country.

Mr Al Bashir is being held in a prison in Khartoum facing trial on charges of corruption. Several other officials of his government and senior party members are also in jail.

These were the details of the news Sudanese authorities dissolve ousted president Omar Al Bashir's party for this day. We hope that we have succeeded by giving you the full details and information. To follow all our news, you can subscribe to the alerts system or to one of our different systems to provide you with all that is new.