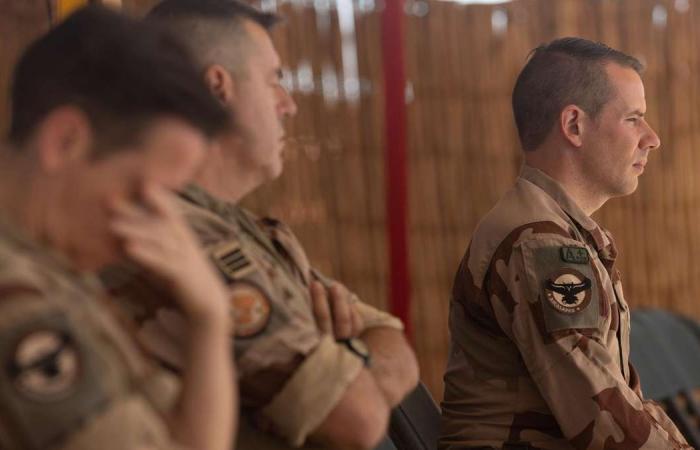 Hind Al Soulia - Riyadh - An ISIS-affiliated group on Thursday claimed responsibility for a helicopter collision that killed 13 French soldiers this week in Mali.

The claim comes as France said it would reassess its military operation in West and Central Africa after its deadliest toll in almost four decades.

The claim by IS in the Greater Sahara, with no evidence, came almost three days after the low-flying helicopters collided on a moonless night while pursuing extremists near the Niger border.

An investigation has begun into the cause of the crash and the flight data recorders have been found.

French military spokesman Col Frederic Barbry said the military would not comment on the claim.

Shortly after the crash, Army Chief of Staff Gen Francois Lecointre said the helicopters had been supporting French forces who were pursuing fighters with the ISIS affiliate.

A national memorial ceremony will take place on Monday in Paris.

“Our mission there is important, yet what we are now living in the Sahel leads us to look into all strategic options,” French President Emmanuel Macron said.

Mr Macron said the government and military would work on the issue in the coming weeks.

He this week defended France’s largest overseas military mission, which involves 4,500 troops, saying it would enhance his country’s security and provide support to African nations.

The helicopter collision drew global attention to an emerging front for ISIS-linked groups after the extremists lost strength in their core area of Syria and Iraq.

Counter-terrorism officials have worried about the risk of fighters fleeing that region for Africa’s sprawling Sahel, the arid strip south of the Sahara Desert.

Extremist groups have been using wooded areas along the poorly defended border regions of Mali, Niger and Burkina Faso to find refuge while spreading south into more populated areas.

Nearly half a million people have fled their homes this year in once-peaceful Burkina Faso.

France has been outspoken on the need for more global support for counter-terrorism operations in the Sahel, especially funding for the five-nation G5 Sahel force formed two years ago.

France intervened in Mali in 2013 after extremists seized control of major towns in the north and introduced a harsh version of Islamic law.

They were forced back into the desert where they have regrouped.

A new surge in extremist attacks in Mali has killed more than 100 local troops in the past two months, with ISIS often claiming responsibility.

The extremists loot military posts and profit from mining operations.

Public frustration in Mali over the insecurity has also been directed at the French military presence.

The crash was France’s highest military toll since 1983, when 58 paratroopers were killed in a truck bombing in Lebanon.

These were the details of the news ISIS-affiliated group claims French crash in Mali for this day. We hope that we have succeeded by giving you the full details and information. To follow all our news, you can subscribe to the alerts system or to one of our different systems to provide you with all that is new.