Six coronaviruses out there, which one will spread next? 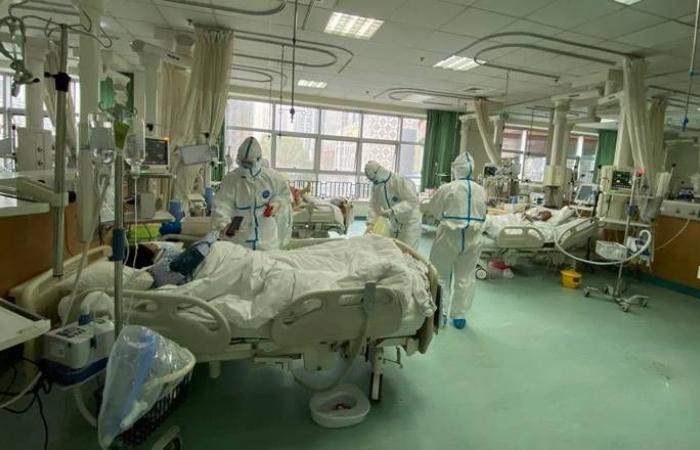 Thank you for reading the news about Six coronaviruses out there, which one will spread next? and now with the details

Aden - Yasmine El Tohamy - As a new variant of coronavirus spreads panic - keeping governments and health authorities on their toes from China to India - researchers have been stressing for long on the fact that identifying new viruses in animals and quickly determining their potential to infect people is a key way to reduce global health threats.

According to a recent study by the National Institute of Allergy and Infectious Diseases that conducts and supports research at the US National Institute of Health (NIH), six coronaviruses are known to cause disease in people, but so far only two of them - SARS-CoV and Middle East Respiratory Syndrome (MERS) coronavirus - have caused large outbreaks of fatal illness in people.

Before the Novel Coronavirus (2019-nCoV) began doing the round, the last identified coronavirus killed nearly 25,000 piglets in 2016-17 in China emerged from horseshoe bats near the origin of the Severe Acute Respiratory Dyndrome coronavirus (SARS-CoV), which emerged in 2002 in the same bat species.

Named swine acute diarrhea syndrome coronavirus (SADS-CoV), it thankfully did not infect people, unlike SARS-CoV which infected more than 8,000 people and killed 774.

SADS-CoV began killing piglets on a farm near Foshan in Guangdong Province in late October 2016.

PEDV is a type of coronavirus common to swine that had been identified at the Foshan farm.

Detection of PEDV ceased by mid-January 2017, yet piglets continued to die, suggesting a different cause.

Scientists say separating sick sows and piglets from the rest of the herd helped stop the outbreak of SADS-CoV by May 2017.

Chinese health authorities on Tuesday that the death toll due to the new strain of coronavirus has killed 106 people, with 4,515 confirmed cases in 30 provincial-level regions.

A new study, published in the Journal of Medical Virology, has claimed snakes may be the original source of the novel coronavirus (2019-nCoV).

"Results derived from our evolutionary analysis suggest for the first time that snake is the most probable wildlife animal reservoir for the 2019-nCoV," said study researchers from the Wuhan University in China.

The study said that patients who became infected with the virus were exposed to wildlife animals at a wholesale market, where seafood, poultry, snake, bats, and farm animals were sold.

By conducting a detailed genetic analysis of the virus and comparing it with available genetic information on different viruses from various geographic locations and host species, the investigators concluded that the 2019-nCoV appears to be a virus that formed from a combination of a coronavirus found in bats and another coronavirus of unknown origin.

According to the researchers, the resulting virus developed a mix or "recombination" of a viral protein that recognises and binds to receptors on host cells. Such recognition is key to allowing viruses to enter host cells, which can lead to infection and disease.

These were the details of the news Six coronaviruses out there, which one will spread next? for this day. We hope that we have succeeded by giving you the full details and information. To follow all our news, you can subscribe to the alerts system or to one of our different systems to provide you with all that is new.