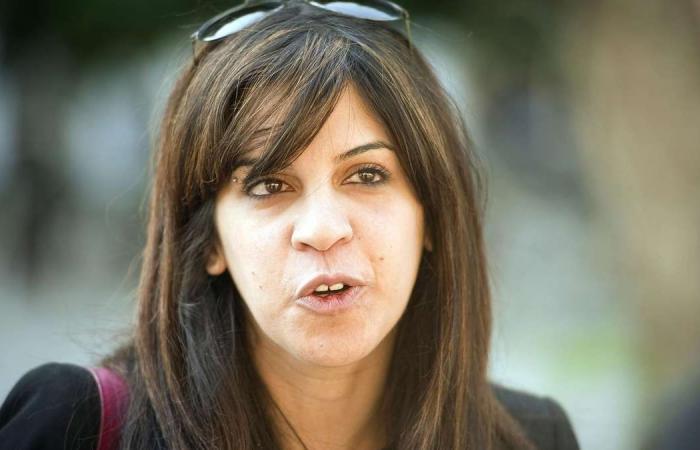 Thank you for your reading and interest in the news Tunisian revolution symbol Lina Ben Mhenni dies, aged 36 and now with details

Hind Al Soulia - Riyadh - Tunisian human rights activist Lina Ben Mhenni, who made her name during the 2011 uprising that ousted Zine El Abidine Ben Ali’s regime, died early on Monday after a long illness. She was 36.

Messages of mourning and tribute have flooded social media since the high-profile Tunisian activist and blogger died.

Ben Mhenni became a symbol of the Jasmine Revolution, reporting day by day on the uprising that led to the overthrow of the long-time dictator.

Her chronicles in English, French and Arabic of the popular protests and violent police crackdown on demonstrators were a vital source of information.

She was the first blogger to go to Sidi Bouzid after street seller Mohamed Bouazizi set himself on fire on 17 December, 2010, triggering the Arab uprising, and travelled to disadvantaged cities in the country's interior to report on the first revolts.

For years she openly stood up against Ben Ali like very few did.

Through her blog “Tunisian Girl”, the Ben Mhenni documented human rights abuses during the dictatorship, using her real name. Her father was a political prisoner, tortured under Ben Ali's regime.

After the revolution, she continued to fight for human rights and freedoms, despite her illness. She took part in demonstrations and trials on freedom of expression.

In her final months, Ben Mhenni denounced the state of hospitals in the Tunisian capital. She also taught English at the University of Tunis.

“She was always out there, as a blogger, activist or a human being,” female rights activist Nawres Douzi told The National. “I’m still waiting for somebody to say Lina got very sick but she’s still alive."

Ms Douzi's first interaction with the popular blogger was in January 2018, during protests against Tunisia's controversial law imposing tax increases.

Then the spokeswoman for youth movement Fech Nestannew, she recalled the moment Ben Mhenni put her “tiny arm” in the way to protect her from being beaten by a police officer.

“She summarised what is to be a Tunisian woman," Ms Douzi said. "She was successful, stood up for her principles, fought for her life and her family despite all the hardship she went through."

Ms Abbassi said Ben Mhenni embodied the spirit of Tunisian women who were used to fighting different battles but, on top of that, the activist was struggling against a critical health condition.

“She was very courageous, she would never give up in any fight. She was an amazing young woman. It’s a shame she left us."

Hamza Abidi, a philosophy student and political activist, remembers the demonstrations in which he would run into the prominent activist while campaigning for various causes.

“She was the first Tunisian woman who took her camera and went to the country’s interior to cover the early protests of December 2010," Mr Abidi said.

"Thanks to Lina, Tunisians saw videos of the police violence perpetrated against protesters during the revolution."

Ben Mhenni fought physically and mentally for years until her chronic disease led to her passnig.

She refused to travel abroad for a cure, choosing to receive treatment in her country like any other Tunisian citizen.

These were the details of the news Tunisian revolution symbol Lina Ben Mhenni dies, aged 36 for this day. We hope that we have succeeded by giving you the full details and information. To follow all our news, you can subscribe to the alerts system or to one of our different systems to provide you with all that is new.