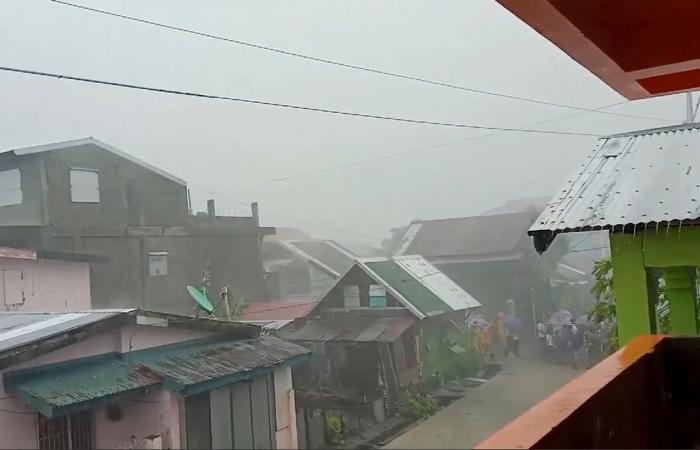 Aden - Yasmine El Tohamy - About 579 villages are susceptible to flooding and landslides in Metro Manila.

Thousands of people were being evacuated in Philippines on Monday ahead of the expected arrival of Typhoon Kammuri, which may pose a threat to 2019 Southeast Asian Games.

Emergency services began evacuating thousands of people on Sunday in the southeastern parts of the Luzon island as Kammuri, which is carrying sustained winds of 150kmph with gusts of 185 kmph, is expected to make landfall on Tuesday.

Fourteen towns in the province of Antique have suspended school classes on Monday, while fishermen were prohibited from sailing in open seas, the Philippine News Agency said.

In Manila, Metropolitan Manila Development Authority general manager Arturo Garcia said emergency equipment and responders had been stationed in susceptible areas, billboards were being taken down and recommendations for school suspensions were being carried out, PNA reported.

About 579 villages are susceptible to flooding and landslides in Metro Manila, he said citing studies.

Kammuri, locally known as Tisoy, has also emerged as a potential threat to the ongoing 2019 Southeast Asian Games, which kicked off on Saturday and will continue until December 11, with 5,630 participants from 11 countries in the region.

These were the details of the news Thousands evacuated as typhoon approaches Philippines for this day. We hope that we have succeeded by giving you the full details and information. To follow all our news, you can subscribe to the alerts system or to one of our different systems to provide you with all that is new.