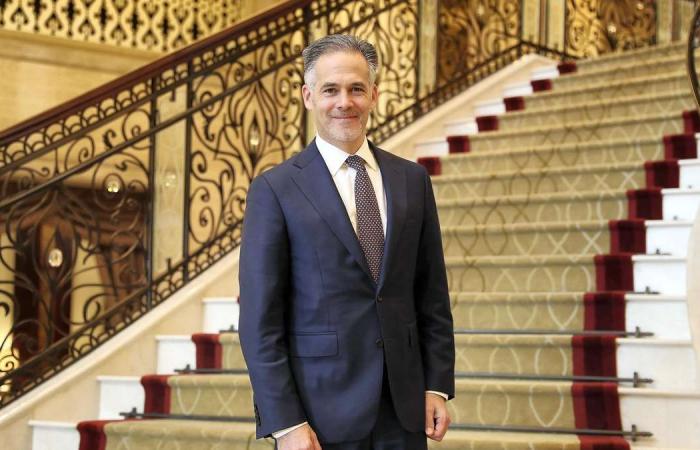 Thank you for your reading and interest in the news GE committed to implementing Iraqi power projects, says head of gas power unit and now with details

Hind Al Soulia - Riyadh - GE will continue to implement power projects worth 14GW in Iraq, as part of the US firm's strategic overhaul of the war-torn country's utility sector, even as Washington has threatened Baghdad with economic sanctions.

Iraq has been caught in the crossfire of escalating tensions between the US and Iran with the White House threatening severe economic sanctions over Baghdad's decision to expel American troops from the country. The Iraqi parliament voted on the proposal following the US killing of Iran's top military commander Qassem Suleimani near Baghdad's international airport on January 3, which led to the evacuation of all non-essential American staff from the country.

"From a government perspective, I don't know how that all is going to play out, to be honest. We have a continued willingness to stay and to support them and to execute the projects there," Joseph Anis, president and chief executive of GE gas power services in the Middle East and Africa told The National in an interview on the sidelines of the Atlantic Council Global Energy Forum.

Iraq has been courting large multinational energy companies such as Siemens and GE to rebuild its damaged utilities and reduce gas flaring, which has led to billions of dollars in lost revenue over the past decade.

The US energy services firm won a contract in September to develop the third phase of Iraq's largest power plant - the Besmaya project in central Iraq, which will add 1.5 gigawatts of capacity to the grid by 2021, raising total capacity to 4.5GW.

Protests across Iraq, including in Nassiriya which led to the the brief closure of an oil field in the province, have not impacted GE's work in the country, said Mr Anis.

The American firm is part of the development of a 750MW combined cycle gas-fired power project at Nassiriya in Iraq's Dhi Qar governorate and is also executing the Samawa and Zubair schemes in the country.

Over 300 people are employed by GE in Iraq, Mr Anis added, noting that measures are being put in place to ensure the security of its employees.

"First and foremost we want our employees to be safe but we've been able to work through," he said.

American oil majors such as Exxon Mobil, which operates in southern Iraq, and Chevron are said to have evacuated US nationals from production sites last week, leaving Iraqi staff in charge of overseeing operations in the country.

Over the medium term in Iraq, GE will work to reduce the flaring of gas from the country's southern oil fields. There a number of new plants being considered for this phase, said Mr Anis. He declined to specify a number for new projects that would be executed to reduce flaring.

"I think the important thing is to identify the right plants," he said.

The company is also engaged in "active discussions" in Lebanon to support the country's power grid infrastructure.

"We need things to sort of settle in government, make sure there's a cabinet in place to engage with and support," he said.

GE has completed and commissioned 3.6GW of power projects in Pakistan with the company currently working with the government of Bangladesh to implement new utility schemes in the country.

"Most of their projects are in the IPP [independent power producer] structure where they expect [operators] to develop and come in with power solutions. They [projects] range from 500MW up to 1GW," said Mr Anis.

Across the region, GE will look to implement "roughly 8GW" of power capacity annually. The company is building a 1.8GW power scheme in Sharjah in the UAE, and will add similar capacity to power Aluminium Bahrain's potline 6 expansion, which is expected to be completed in the first quarter of the year.

"In Sharjah, we have another 1.8GW being built and that one is scheduled to be completed [in] 2023," said Mr Anis.

These were the details of the news GE committed to implementing Iraqi power projects, says head of gas power unit for this day. We hope that we have succeeded by giving you the full details and information. To follow all our news, you can subscribe to the alerts system or to one of our different systems to provide you with all that is new.