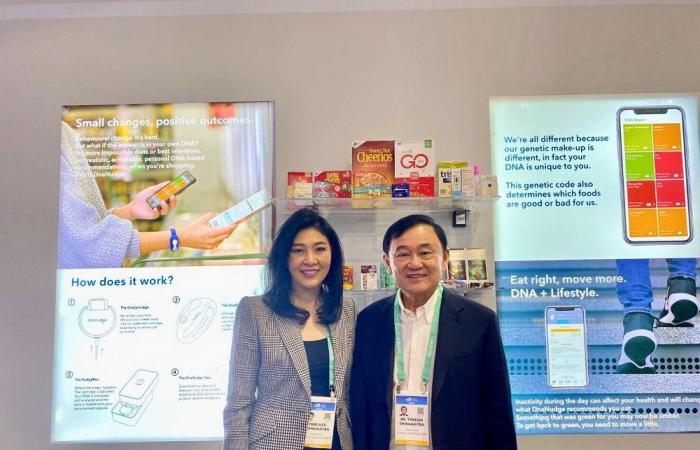 Hello and welcome to the details of Thailand’s fugitive ex-PM siblings Thaksin, Yingluck Shinawatra tout new DNA venture at Vegas expo and now with the details

BANGKOK, Jan 9 — They are both former prime ministers and officially Thailand’s most-wanted siblings, but in exile abroad, ousted Thai leader Thaksin Shinawatra and his sister Yingluck have turned to the more modest task of promoting a DNA nutrition app at a convention in Las Vegas.

The pair appeared on Wednesday at the Consumer Electronics Show 2020 in Vegas, an annual technology and electronics industry expo running from January 7-10, to promote one of their investments.

They were photographed at the booth of DNANudge, a company that uses a cheek swab containing a person’s DNA to recommend dietary choices, according to its website.

“My brother and I are here at Consumer Electronic Show 2020 (CES 2020) Las Vegas, the United States, launching our business we invested (in) and just launched in London,” Yingluck said in a

Today my brother and I are here at Consumer Electronics Show 2020 (CES 2020) Las Vegas, the United States launching our business we invested and just launched in London during the end of last year. #dnanudge pic.twitter.com/GxCxSbz9U6

Back home in Thailand, both had been ousted during military coups, Thaksin in 2006, and his sister in 2014.

The pro-Thaksin Pheu Thai party is currently the largest opposition party in Thailand.

Thaksin, a former telecommunications tycoon, said he had been working on DNANudge with its founders for the past three years.

“I’m of advanced age and don’t want to invest in something too big ... but we think this product can really change the world,” 70-year-old Thaksin said in a video on Facebook.

Thaksin and Yingluck, who occasionally write posts on social media to engage their followers, are in self-exile from Thailand to avoid corruption convictions they say are politically motivated.

These were the details of the news Thailand’s fugitive ex-PM siblings Thaksin, Yingluck Shinawatra tout new DNA venture at Vegas expo for this day. We hope that we have succeeded by giving you the full details and information. To follow all our news, you can subscribe to the alerts system or to one of our different systems to provide you with all that is new.