US and UK cautiously back Sudan peace talks in Juba 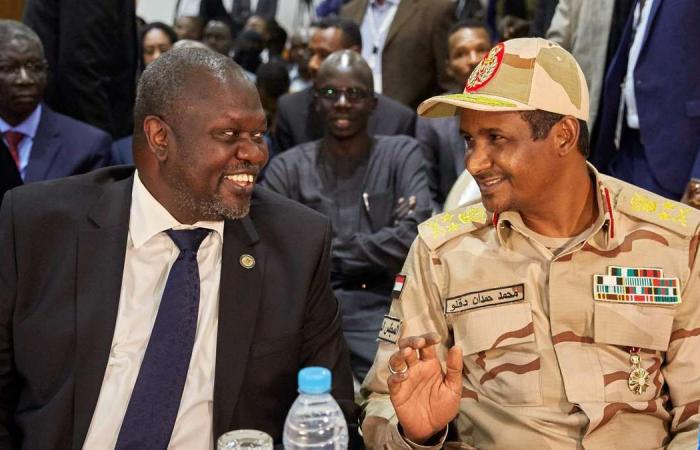 Hind Al Soulia - Riyadh - Freshly resumed peace talks in Juba between Sudan’s government and the country’s armed opposition groups have cautiously been welcomed by the US, UK and Norway - also known as ‘the Troika’.

They urged all sides to support the formation of the Transitional Legislative Assembly, which is supposed to pave the way for democracy in Sudan, and the appointment of civilian governors by the end of the year.

Decades of conflict have ravaged Darfur, Blue Nile State and South Kordofan and an array of armed groups have popped up and opposed the regime of Omar Al Bashir.

The latter was deposed earlier this year following country-wide protests and a transitional government was set up.

“For too long, internal conflict was waged at the expense of Sudan’s most vulnerable people,” a joint statement by the Troika said.

“Only lasting peace will ensure that the humanitarian and security needs of those in the areas affected by the conflicts can be met and for those marginalised areas to benefit from the changes ushered in by the creation of a civilian-led transitional government,” they added.

The talks in Juba between Sudanese authorities and the Sudan Revolutionary Front, an alliance of forces opposed to Al Bashir, were mediated by the South Sudanese government.

“We furthermore encourage all sides to come to the talks without pre-conditions. Progress in the talks will maintain confidence in building a stable, secure, democratic and inclusive Sudan where all Sudanese are equal,” the Troika said.

“It is vital that all sides demonstrate the political will to work together, and engage productively, to find solutions to outstanding issues. If they do so they will have the support of the Troika,” they added.

The Sudanese transitional government delegation was led by its deputy head and commander of the Rapid Support Forces, Mohamed Hamdan Dagalo also known as Hemeti.

"We will focus on the talks seriously in order to reach a comprehensive peace agreement with the opposition. We will work together to allow people displaced and refugees to return to their homes," he said before the talks.

These were the details of the news US and UK cautiously back Sudan peace talks in Juba for this day. We hope that we have succeeded by giving you the full details and information. To follow all our news, you can subscribe to the alerts system or to one of our different systems to provide you with all that is new.