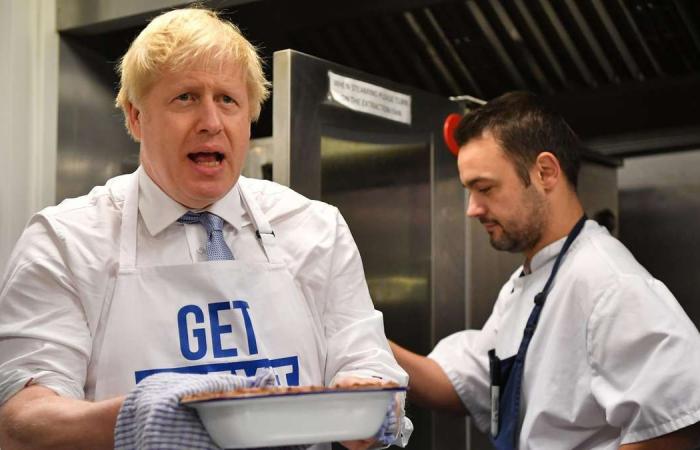 Hind Al Soulia - Riyadh - Britain’s political leaders embarked on their final day of campaigning ahead of a Thursday election, as the opinion polls suggested the gap between the two main parties is narrowing.

The surveys still predict a majority for the ruling Conservatives, which would see Prime Minister Boris Johnson seek to take the UK out of the EU by next month, but the main opposition party Labour is gaining ground.

YouGov, which took in the views of more than 100,000 people and whose model correctly predicted no party would gain a majority in the 2017 election, refused to rule out another hung parliament.

Its study said the Conservatives were on course for a 28-seat majority – down from 68 from a forecast on November 27.

The failure of the Conservatives to obtain a majority two years ago has seen its efforts to take the UK out of the EU consistently repelled by parliament. It also led to the resignation of Mr Johnson’s predecessor Theresa May.

Mr Johnson, who has pitched himself as the man to end the Brexit impasse, said “it could not be tighter” and “we’re fighting for every vote” as he began the day in northern England.

Labour leader Jeremy Corbyn, has promised to radically overhaul society "for the many, not the few” if he becomes prime minister and presented a manifesto based on sharp increases in government spending and the nationalisation of utility industries.

His economy spokesman John McDonnell led attacks on Mr Johnson on Wednesday picking up on the Conservative leader’s attempts to dodge a journalist’s questions as “cowardly, undignified and pathetic”. Mr McDonnell said the incident showed “he is not fit to be prime minister”.

Meanwhile Mr Corbyn faced more criticism for failing to tackle allegations of anti-Semitism in the party. Business leaders including television star Alan Sugar and fashion designer Anya Hindmarch, have raised fears Mr Crobyn’s programme would be damaging to the economy.

Opponents of Mr Johnson call him elitist, self-centred and out of touch. His refusal to take a ‘no-deal Brexit’ off the table, which would see the UK crash out of the EU without a withdrawal agreement, has spooked many, who fear such a scenario would lead to a recession.

These were the details of the news Polls narrow as UK political leaders enter final campaigning day for this day. We hope that we have succeeded by giving you the full details and information. To follow all our news, you can subscribe to the alerts system or to one of our different systems to provide you with all that is new.