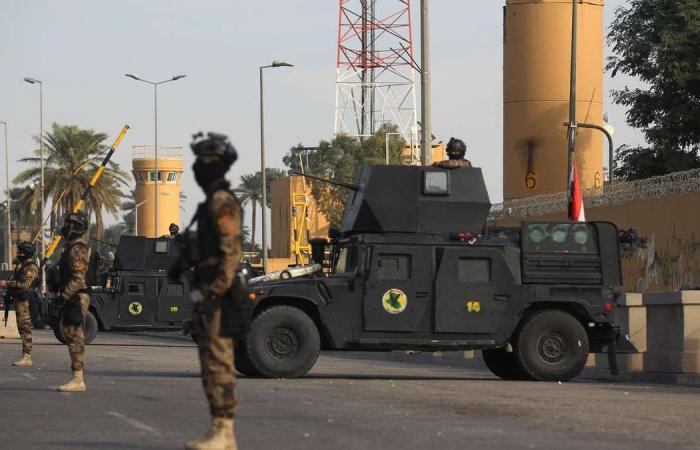 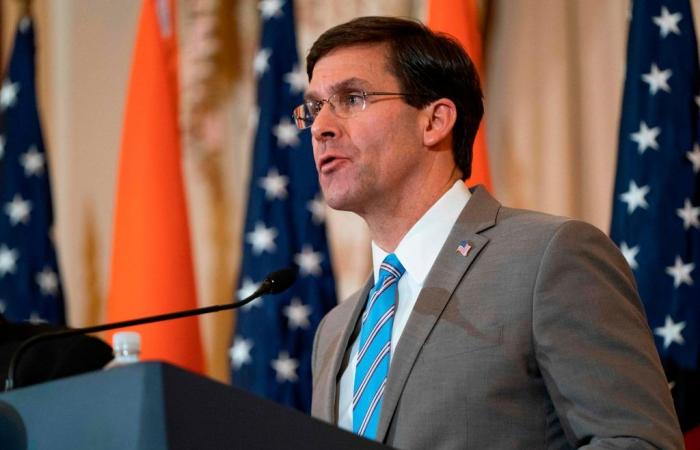 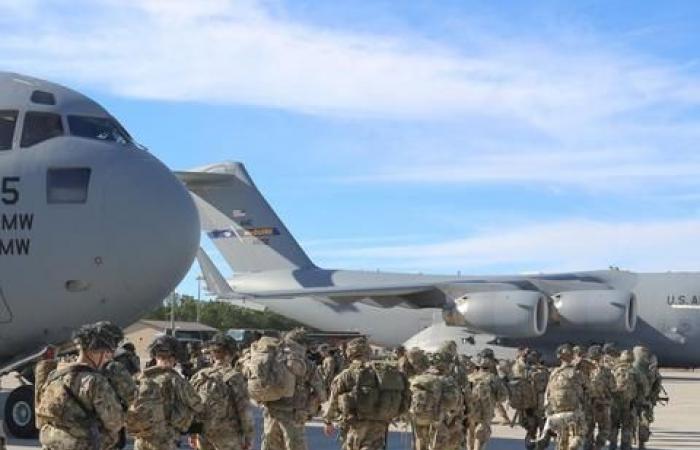 The strike came hours after the US said it would take pre-emptive action to protect its troops if Washington heard of further action planned by Iranian-backed militias in Iraq, following this week's attack on the US embassy in Baghdad.

Iraqi paramilitary groups said five of their members and two guests were killed in an air strike on their vehicles inside the airport.

The militia members were hosting "important guests" who were being driven in two military vehicles that were struck by two rockets, said militia sources.

There has been no immediate claim of responsibility.

On Thursday, US Defence Secretary Mark Esper said there were indications that Iran and its allies were planning further attacks.

"The provocative behaviour has been out there for months," Mr Esper said. "So, do I think they may do something? Yes. And they will likely regret it.

The US has added troops at the $750 million (Dh2.75 billion) embassy in central Baghdad, alongside elite Iraqi soldiers.

On Thursday, more than a dozen black armoured vehicles from the US-trained Iraqi Counter-Terrorism Service patrolled streets around the embassy in the Green Zone to reinforce security.

Pro-Iran slogans still covered the entire length of the thick concrete walls that were breached by the mob. 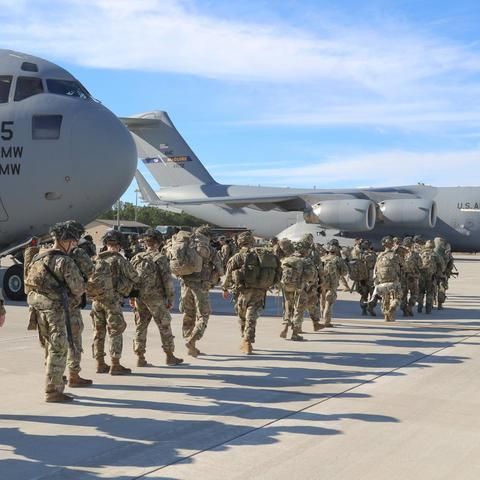 But the flags of the Popular Mobilisation Forces, an alliance of mostly Iran-linked militias also known as the Hashed Al Shaabi, and photos of dead fighters were cleared from the walls.

Embassy staff cleaned a reception area the protesters had broken into, and cranes were used to move rocks and debris they had thrown at the embassy.

The attack sparked comparisons with the 1979 hostage crisis at the US embassy in Tehran and the deadly 2012 attack on the US consulate in Libya's second city, Benghazi.

It sparked fears of greater escalation between Iran and the US, both of which are close allies of Iraq.

Supporters of Hashed Al Shaabi said they besieged the embassy in retaliation for US air strikes that killed 25 of their fighters.

They pulled back on Wednesday after an order from the group's leaders.

The violence has troubled Iraqis who have taken to the streets since October in massive rallies denouncing government corruption, lack of jobs and poor public services.

In the largest Iraqi protests for decades, tens of thousands have flooded the streets across the capital and the mainly Shiite south.

Almost 460 people have been killed and about 25,000 wounded in violence related to the protests.

Iraqi protesters in Tahrir Square, the centre of the months-long uprising, distanced themselves from those who crossed into the Green Zone and burnt the entrance to the US embassy.

"They don’t represent us," said Mohamed Fadhel, an activist who has been demonstrating in Tahrir Square since the beginning of October.

"The demonstrators in the Green Zone do not represent the protesters in Tahrir Square.

"It’s known that their loyalty is to the forces that suppress us and to Iran, and they raised many slogans that do not represent us as the Iraqi people; for example, ‘America, out, out and Iran stay freely’."

"Ahmed", another activist, said supporters of militias including Kataib Hezbollah were able to cross into the Green Zone, while protesters from Tahrir Square faced lethal response whenever they tried to enter.

"The entrance to the Green Zone was easy for them showing that they have power and the other point is their chants supporting Iran are not chants that exist in Tahrir Square," Ahmed said.

"The difference between the two protests is that the demonstrations in the Green Zone were for another country, while the one Tahrir Square is for Iraq.

"The protesters in Tahrir square tried more than once to cross the bridges and were faced with force that suppressed the sit-in.

"Those protesters were from the people, calling for a nation and calling for the fall of the regime because this regime has caused oppression since 2003.

"Those protesters were different than the demonstrators in the Green Zone.”

Like many of the protesters in Tahrir Square, Ahmed said he supported neither America nor Iran.

"We do not have a relationship with the American Embassy," he said. "We are against the interference of America and Iran, and any presence that is not Iraqi."

These were the details of the news Eight dead and many wounded after rocket attack on Baghdad Airport for this day. We hope that we have succeeded by giving you the full details and information. To follow all our news, you can subscribe to the alerts system or to one of our different systems to provide you with all that is new.