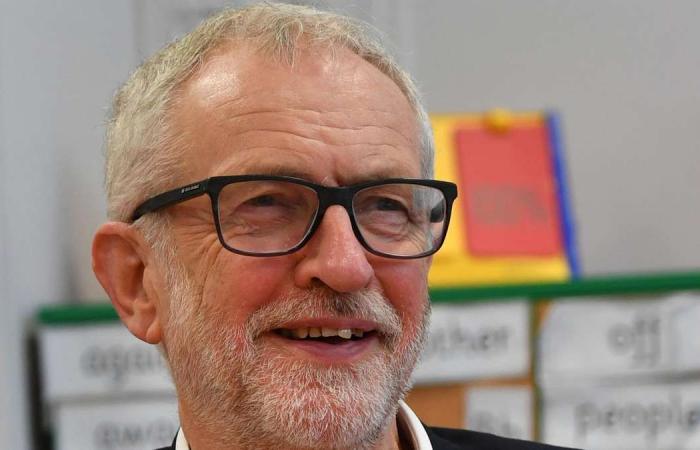 Thank you for your reading and interest in the news Britain Decides: Senior Labour figure said his party could not win election and now with details

Hind Al Soulia - Riyadh - A senior figure from Britain's opposition Labour party has been forced to play off as a joke private comments he made suggesting Jeremy Corbyn might be a security threat if he becomes prime minister.

Jonathan Ashworth, the shadow health minister, also apologised for describing Labour’s elections standing as “dire” in phone call with a friend who is a Conservative Party activist in audio leaked to the website Guido Fawkes.

Asked if Mr Corbyn would be a problem if he wins Thursday’s vote, Mr Ashworth said: "I don't know, on the security stuff, I worked in Number 10, I think the machine will pretty quickly move to safeguard security, I mean the civil service machine. But it's not going to happen. I cannot see it happening."

He has since said with the comments he was just “winding up a friend”.

Critics of Mr Corbyn, an avowed socialist, say he could be a security threat. He has criticised Nato and been slammed for associating with extremists including figures linked to Hamas.

Mr Corbyn was also deeply critical of the 2003 invasion of Iraq and. The Labour leader has also said he wants to conduct an audit of Britain’s colonial legacy.

Last month, a former head of the UK’s foreign intelligence service MI6 said Mr Corbyn and his advisors “could be a present danger to our country”.

“Politicians should have to live with their political record, and Corbyn’s, whatever political views he may claim to hold today, rules him out as someone suitable to be our Prime Minister,” Sir Richard Dearlove wrote in the Mail on Sunday.

“Do not even think of taking the risk of handing this politician the keys to No 10,” he added.

In a briefing paper released this week, the head of Chatham House's Europe programme, Thomas Raines, said UK foreign policy may be set to shift considerably given the stark ideological difference between Labour and the Conservatives.

“On the one hand, Labour wants to reset and re-orientate Britain’s international role based on human rights and international law. It promises a new internationalism and to end what it glibly calls the ‘bomb first, talk later’ approach, alongside a human rights-driven trade policy,” Mr Raines wrote.

He noted Mr Corbyn’s occasional support for international political causes, “some more radical or fringe than others”.

“In Jeremy Corbyn, they have a leader with roots in a distinct left-wing ideological tradition of internationalism that blends a commitment to international solidarity alongside anti-imperial and anti-war sentiment,” Mr Raines said.

British voters go the the polls on Thursday to vote in a watershed election which has been dominated by debate over the country's exit from the European Union.

These were the details of the news Britain Decides: Senior Labour figure said his party could not win election for this day. We hope that we have succeeded by giving you the full details and information. To follow all our news, you can subscribe to the alerts system or to one of our different systems to provide you with all that is new.