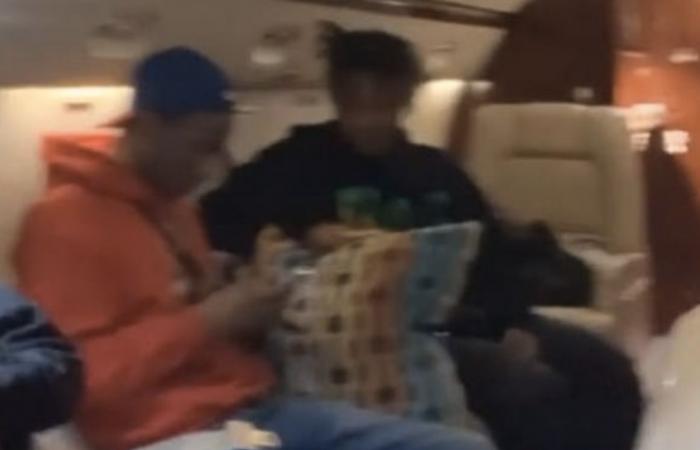 Aden - Yasmine El Tohamy - The 21-year-old rapper was walking through the airport when he suffered a seizure.

A day after rapper, Juice Wrld, died after suffering a seizure at Chicago's Midway airport, a footage has emerged showing him aboard a private jet shortly before he fell ill.

The 21-year-old rapper was walking through the airport when he suffered a seizure and was bleeding from the mouth in the wee hours of Sunday, Daily Mail quoted TMZ reports.

The last footage of Juice Wrld, real name Jarad A Higgins, was filmed by friend Chris Long who was aboard the private jet with friends. The short video shows the rapper, who appears to be fine, and his friends aboard the jet flying from California to Chicago.

It is believed he was conscious before being rushed to hospital, where he was declared dead. A cause of death is not yet known.

His Juice Wrld stage name was said to have been inspired by the 1992 film, Juice, starring Tupac Shakur. The young rapper enjoyed hits with Lucid Dreams in 2018 and All Girls Are the Same, and also featured on Travis Scott's AstroWorld album. He had only turned 21 just last week.

These were the details of the news Heartbreaking footage emerges of famous rapper with friends hours before he died for this day. We hope that we have succeeded by giving you the full details and information. To follow all our news, you can subscribe to the alerts system or to one of our different systems to provide you with all that is new.