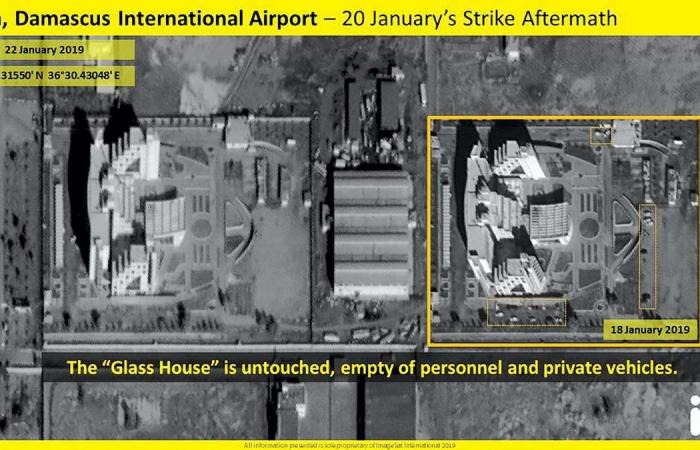 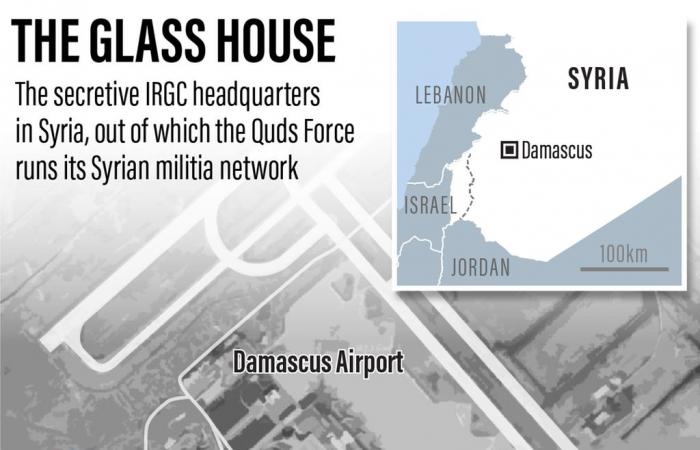 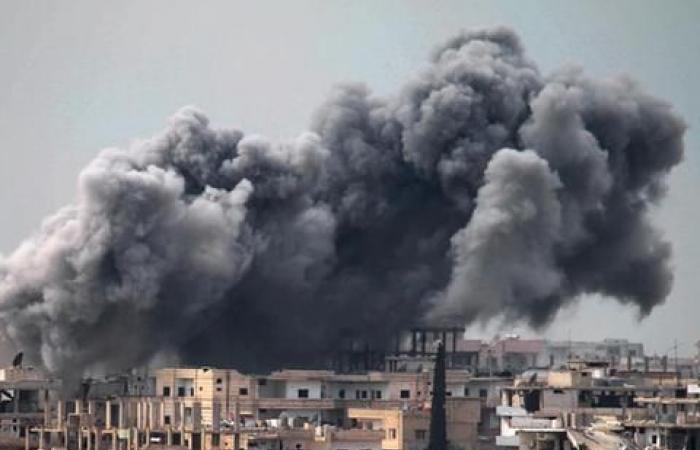 Thank you for your reading and interest in the news The Glass House: The Damascus office block housing Iran's top brass in Syria and now with details

Just a few hundred meters from the country’s main passenger terminal – one of the few routes to the outside world for those in isolated Syria able to afford it – the building’s imposing glass facade casts a shadow across the traffic on the highway.

Inside is one of the Islamic Revolutionary Guard Corp’s most critical nodes in Syria - an intelligence headquarters vital to Iran’s efforts in the war-torn country.

To the rank and file militiamen, commanders, and IRGC officials that frequently pass through, it’s known as Beit Al Zajaja, or The Glass House in English.

For militia commanders stationed out in the dust lands of Deir Ezzor, or on the frontlines of Idlib, being summoned to The Glass House is the equivalent of being called to The White House. Extensive interviews reveal, for the first time, the site’s role as a central node in the IRGC Quds Force’s Syria campaign.

Though it has fluctuated, Iran’s proxy network inside Syria is believed to number in the tens of thousands of fighters, with dozens of groups pledging varying degrees of loyalty to Tehran. Its fighters have played an increasingly prominent role in the country, and with that, the importance of The Glass House has increased. 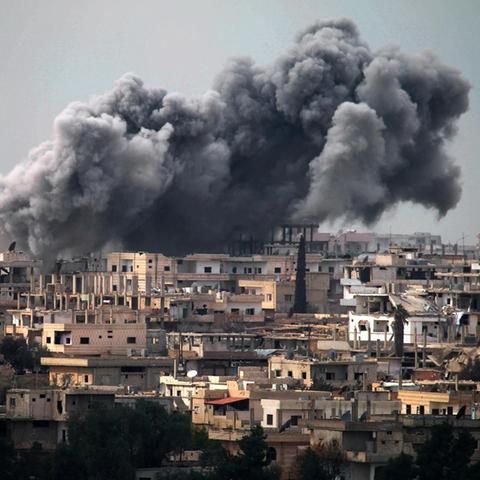 On one floor is an Intensive Care Unit. Whilst public hospitals a few miles away struggle to keep the power on all day, the IRGC high command in Syria are given some of the best treatments the region can offer.

Foreign militia fighters injured in combat are often bought here before being repatriated to Tehran. More recently, staff have been preoccupied with cases of Covid-19.

Another source mentions a control room with banks of screens, all broadcasting live satellite feeds from Iranian drones in the skies above Syria.

On some, the source said, aerial shots of a US base in the country’s north-east flicker, others show the now-stagnant battlefronts of Idlib, where IRGC-units have waged a critical fight against Turkish-backed rebels.

Set across the other floors are departments dedicated to everything from interpretation to report writing. Another floor hosts a department they call the "women's sections".

In extensive conversations with three sources who have regularly attended meetings in the Glass House in recent years, The National learned it was to here that leaders of Quds Force-aligned militias were called in the early days of January for urgent meetings, as Qassem Suleimani’s body lay smouldering in the crater of a US missile strike.

A source within the Fatimiyoun brigades, an IRGC-militia comprised of Afghan fighters currently deployed across Syria, confirmed they had met with former IRGC Quds-Force chief Suleimani at the site last year. While Suleimani was renowned for his frequent visits to battlefronts and forward operating bases, the sources confirmed to The National that at least until as recently as early May, the Glass House was the command and control HQ for Iranian proxy efforts in Syria.

Two sources attested to a high-level meeting at The Glass House in the final week of April in which Sayeed Hussain Murtazavi, the commander of Liwa Fatimiyoun in Syria and Iran, and another commander known only as Qasimi, who heads the militia's operations in Syria.

In another recent meeting, ammunition transfers were discussed with a Lebanese commander known as Zulfiqar, the name of the double-headed sword wielded by the Prophet Mohammed’s cousin Imam Ali and a common nom-de-guerre for Hezbollah fighters.

Such discussions would be commonplace at The Glass House, the sources said. “This location houses all the senior command from all units – Iranians, Afghans, Syrians Lebanese,” said one source. A separate source corroborated the collection of factions operating from the building, adding Iraqi, Palestinian and Pakistani groups to the list.

Security around the site is predictably tight. One Fatimiyoun fighter who has attended several meetings described being search four times on their way in - guns and cell phones are strictly prohibited.

“The Glass Building is one of the most important places in Syria and Damascus,” they told The National through an encrypted messaging application.

Israeli airstrikes in recent years have picked off dozens of IRGC targets across the country. Everything from weapons dumps to command bunkers in the Golan Heights and east out to Deir Ezzor.

Then, Israeli airstrikes damaged the top two floors of the facility last November, prompting claims that the building was abandoned.

Satellite imagery analysis released by the Israeli company ImageSat claimed the strikes had taken out the Glass Building’s “intelligence facilities”.

Yet two sources told The National, that the building was soon back up and running as normal. They confirmed the facility had hosted the IRGC’s top commanders in the weeks and months that followed.

In 2018, suspected IRGC sites located barely 500 meters away from The Glass House were among those hit in a wave of Israeli strikes on targets across Syria. Again, initial reports suggested the headquarters, although undamaged, had been abandoned, but The National can confirm it remained in use.

Hassan Nasrallah appeared to suggest a set of rules of engagement had come into being between Israel and the IRGC-backed Hezbollah.

“Wherever they're striking in Syria, they seem to be holding back from killing fighters, because they're worried about our response, lest they cross a line that we or Assad regime can't accept,” he said.

An IDF spokesperson had not responded to requests for comment by the time of publication.

Though the command centre continues to function, more recently hosting lower-level meetings, sources attest to the Quds Force increasingly using other sites for fear that Israeli jets may return to finish the job.

The National has learned of two newer sites now favoured by the IRGC in Syria, one in an abandoned hotel near the ancient city of Palmyra, the other at the Al Bahuth research centre near Aleppo.

These were the details of the news The Glass House: The Damascus office block housing Iran's top brass in Syria for this day. We hope that we have succeeded by giving you the full details and information. To follow all our news, you can subscribe to the alerts system or to one of our different systems to provide you with all that is new.