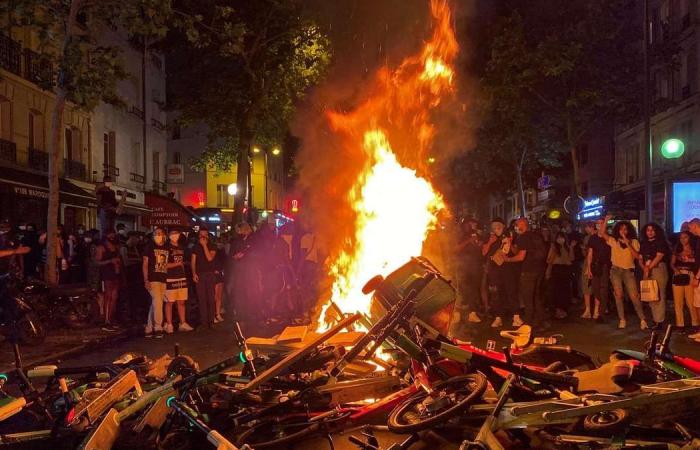 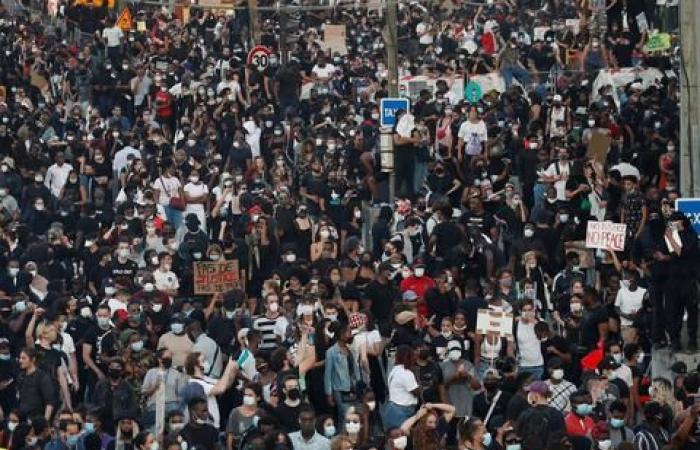 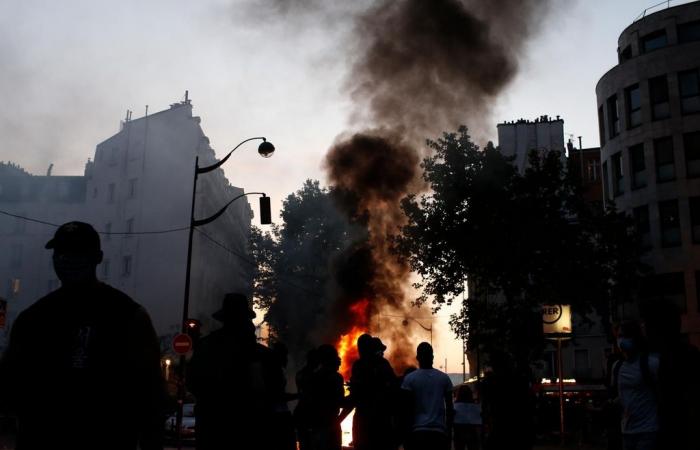 Hind Al Soulia - Riyadh - About 20,000 people defied a ban in Paris on Tuesday to protest against the release of a medical report into the 2016 death of a young black man in French police custody.

Protesters clashed with police and used slogans similar to those used in the demonstrations raging in the US after the killing of unarmed African-American George Floyd in Minneapolis.

The protesters rallied outside a Paris court despite a coronavirus ban on gatherings of more than 10 people, before clashes broke out involving tear gas, rubber bullets, burning barricades and projectiles.

They were protesting after the release of two differing medical reports into the cause of death for Adama Traore, whose case has long been a rallying cry against police brutality in France.

Many protesters drew inspiration from the US protest movement, with slogans in English such as "Black lives matter" and "I can't breathe". 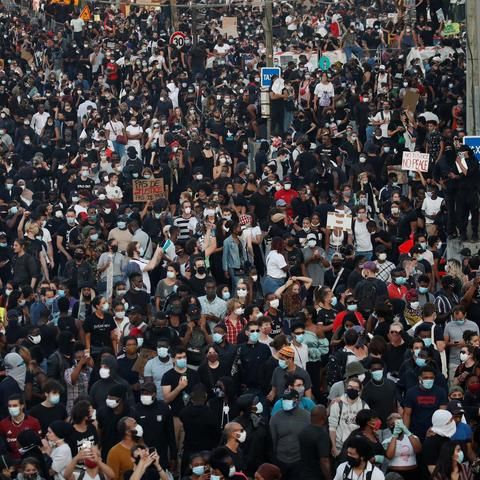 The protest started in the late afternoon outside a court in north-east Paris, before projectiles were thrown and the police used tear gas to disperse the crowd, which scattered into the surrounding streets.

Sporadic clashes broke out near the road that encircles Paris, with stones thrown at the police who responded with rubber bullets. Barricades were put up in some streets.

"There were some incidents on the sidelines of the banned protest and security forces are intervening," the Paris police prefecture said.

Earlier in the day, Traore's elder sister Assa spoke to the large crowd.

"Today we are not just talking about the fight of the Traore family," she said.

Protests were held across France, with 2,500 people attending a rally in the northern city of Lille, 1,800 in Marseille and 1,200 in Lyon.

After a dispute over an identity check, Traore, 24, was apprehended in a house where he hid after leading police on a 15-minute chase in 2016.

One of the three arresting officers has told investigators that they pinned him down with their combined bodyweight.

On Friday, French medical experts exonerated the three police officers, saying that Traore did not die of "positional suffocation" but from "cardiogenic edema" linked to his poor health.

The findings in the third official report to clear the officers dismissed a medical report commissioned by the young man's family, which said he died of asphyxiation.

But on Tuesday a new investigation commissioned by the Traore family said that his death was caused by the arrest technique used by the officers.

The medical reports also echo the case of Floyd, whose preliminary autopsy said he died from pre-existing heart problems and possible intoxicants.

But a post-mortem examination arranged by his family found he died of asphyxiation from sustained pressure.

Floyd's official autopsy then confirmed he died in a homicide involving "neck compression". One of his arresting officers knelt on his neck for about nine minutes.

Paris police chief Didier Lallement, who banned the protest, earlier on Tuesday wrote a letter to officers defending their conduct.

Mr Lallement said he sympathised with the "pain" officers must feel "faced with accusations of violence and racism, repeated endlessly by social networks and certain activist groups".

The Paris police force "is not violent, nor racist. It acts within the framework of the right to liberty for all", he said in an email to the city's 27,500 officers.

Scores of protesters were maimed by rubber bullets or stun grenades, with some losing an eye or a hand.

On January 3 this year, a man, 42, suffocated to death after being pinned face-down to the ground during an arrest in Paris.

Last week, a 14-year-old was badly injured in one eye during a police operation in Bondy, one of Paris's northern suburbs, sparking protests.

These were the details of the news Paris lit up as thousands defy ban to protest against 2016 killing of black man by French police for this day. We hope that we have succeeded by giving you the full details and information. To follow all our news, you can subscribe to the alerts system or to one of our different systems to provide you with all that is new.