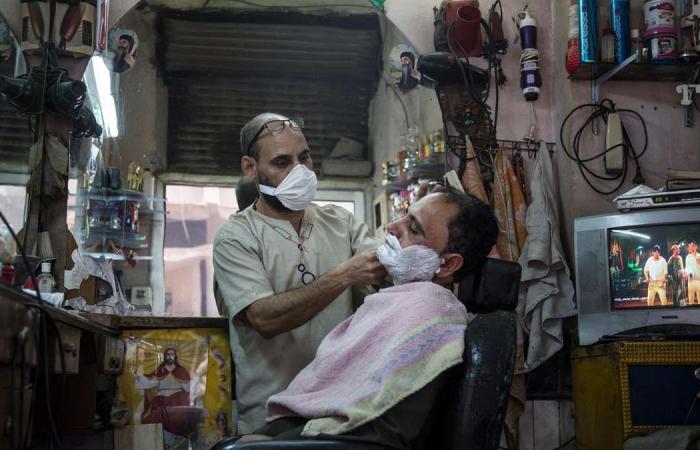 Thank you for your reading and interest in the news Coronavirus: Egypt’s cases may reach 50,000 before country flattens its curve and now with details

Hind Al Soulia - Riyadh - A senior member of Egypt’s government predicted on Monday that the number of Covid-19 infections in his country could hit a high of 50,000 before the government flattens the curve.

Official figures show the number of infections has been growing by more than 1,000 in recent days, with the total of confirmed Covid-19 cases standing at 26,384 as of Monday night.

Nearly 8,000 of the total number of infections were recorded in the past six days. The death toll stands at 1,005.

Higher Education Minister Khaled Abdel Ghafar said the number could hypothetically reach 100,000 or even one million if Egyptians did not start to diligently observe social distancing and wear surgical masks in public.

“Everything is possible during the time of pandemics, especially that we live in a country of 105 million people and, consequently, high rates of spreading and increases are possible,” Mr Abdel Ghafar told a meeting of the Supreme Universities Council, made up of the heads of higher education institutes.

Prime Minister Mustafa Madbouli also predicted that the number of infections would continue to rise over the next two weeks.

Mr Madbouli said that Cairo, with more than 20 million residents, accounted for 50 per cent of all the country’s infections.

Last month, Mr Abdel Ghafar acknowledged that the number of infections could be much higher than stated by the government.

But he denied that authorities were deliberately concealing the real figures, saying no government in the world would have accurate numbers for infections.

Mr Abdel Ghafar warned Egyptians against looking to the healthcare system to survive the pandemic.

He said that preventive measures such as social distancing and hygienic practices must be their first line of defence.

These were the details of the news Coronavirus: Egypt’s cases may reach 50,000 before country flattens its curve for this day. We hope that we have succeeded by giving you the full details and information. To follow all our news, you can subscribe to the alerts system or to one of our different systems to provide you with all that is new.