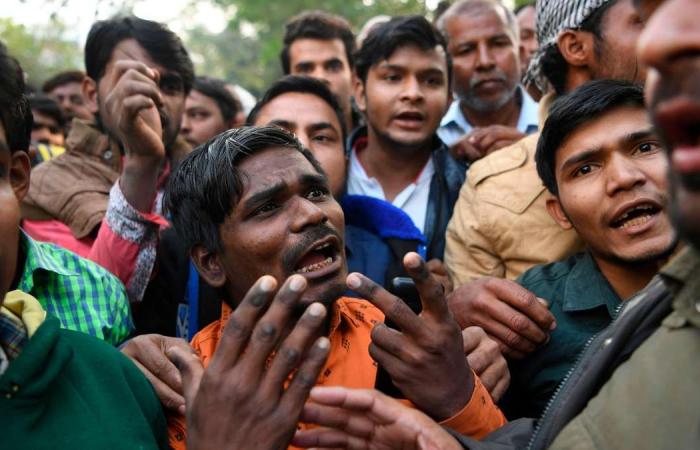 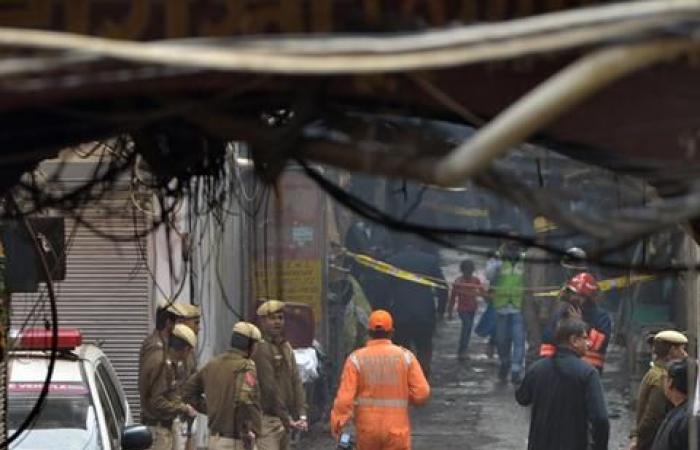 Thank you for your reading and interest in the news Delhi fire was a disaster waiting to happen, say activists and now with details

Hind Al Soulia - Riyadh - Zakir Hussain broke down in tears and slumped to the ground as a policeman showed him a picture of his dead brother on a mobile phone outside a Delhi hospital morgue.

The 32-year-old's younger sibling, Shakir Hussain, was among the 43 workers killed in a devastating blaze on Sunday, which ripped through a five-storey building in the narrow alleyways of the Indian capital.

"My beloved brother is no more … oh my darling brother! He is dead … he is dead,” Mr Hussain wailed as friends and relatives comforted him.

Shakir, 28, worked and lived in the building that doubled as manufacturing units and residential quarters for more than 100 migrant workers.

More than 30 firefighters battled the fire for hours inside the winding lanes of the congested neighbourhood of Sadar Bazar, where a maze of electricity and telephone wires dangle overhead.

Most of the deaths were caused by asphyxiation, doctors said, but around 58 survived, and 16 are still being treated in hospital.

Mr Hussain's grief is shared by dozens of families, who gathered outside the morgue again on Monday waiting for news. They said the building was like a powder keg, waiting to explode.

Wajid Ali, who lost two of his relatives in the fire, said the building was like a prison, with no easy way to escape and no safety equipment.

"The building had a single exit and entry point. No emergency exits and pigeonhole, iron-grill windows. There were no fire extinguishers or alarms," Mr Ali said.

He said numerous factories that made purses, jackets and school bags were housed illegally in 80 rooms around the building.

Authorities said the building did not have a fire safety certificate and blamed an electric short-circuit for starting the fire.

The owner of the building and his manager have been arrested on charges of manslaughter.

The incident is sadly not isolated. India has a dismal record in fire safety, with enforcement of building laws lax leading to numerous tragedies. According to the latest government figures, 16,900 people were killed and 998 were injured in 16,995 fires in 2016, half of them in residential buildings.

Sunday's fire is the deadliest in Delhi since 59 were killed in the Uphaar cinema blaze of 1997. In February, at least 17 guests died in a hotel fire, and less than a year before that, 18 died at a plastic manufacturing unit in the capital.

The authorities promise improved safety measures after each deadly fire, but activists say that it is non-compliance with existing rules that cause the problem.

“Incidents are happening because the safety of building occupants is ignored,” said K C Dominic, president of the Fire and Security Association of India, a non-profit.

“The fire department is not an independent body in many states and the issuing of licences and certificates comes under municipal corporations. But, for various reasons, the recommendations for fire safety from the fire department are not adhered to,” he said.

Delhi's chief fire officer, Atul Garg, said his force was well equipped and trained to deal with large incidents, but that they often struggle in the city's narrow lanes and with its scarce water supplies.

Experts say most of the fire accidents in cities have occurred due to negligence in terms of the building design and a lack of safety measures.

In Delhi, there are 1,700 illegal settlements where cottage industries thrive in small, crowded buildings. The multi-storey structures are built illegally without adequate safeguards, have single entry-exit points and poor ventilation.

"Delhi is a disaster waiting to happen. The town planning is there, but buildings are misused. Authorities do not monitor and stop illegal constructions or the illegal running of factories,” said A G Krishna Menon, an urban planner and conservation consultant.

Mr Menon blamed corruption and bad governance for the flouting of the rules.

Activists say a low conviction rate is also responsible for persistent fire tragedies in the country. Despite the high number of deaths, culprits are often arrested under laws that carry relatively lenient sentences.

“The system is so corrupt; you feel let down,” said Neelam Krishnamoorthy, convener of the Association of Victims of the Uphaar Tragedy, which has been fighting for justice for the victims of the cinema fire, including two of her children.

Although the Supreme Court convicted the two owners of the cinema in 2014 following a high court acquittal, it later released one of them due to old age and the other was sentenced to one year in jail and a fine of 300 million rupees (Dh15.5m).

These were the details of the news Delhi fire was a disaster waiting to happen, say activists for this day. We hope that we have succeeded by giving you the full details and information. To follow all our news, you can subscribe to the alerts system or to one of our different systems to provide you with all that is new.