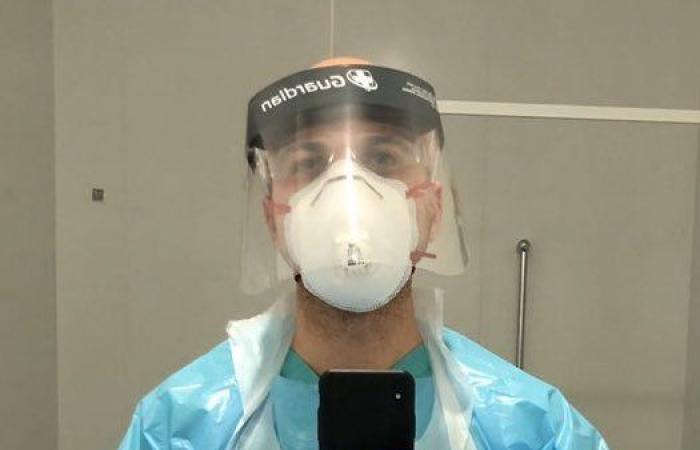 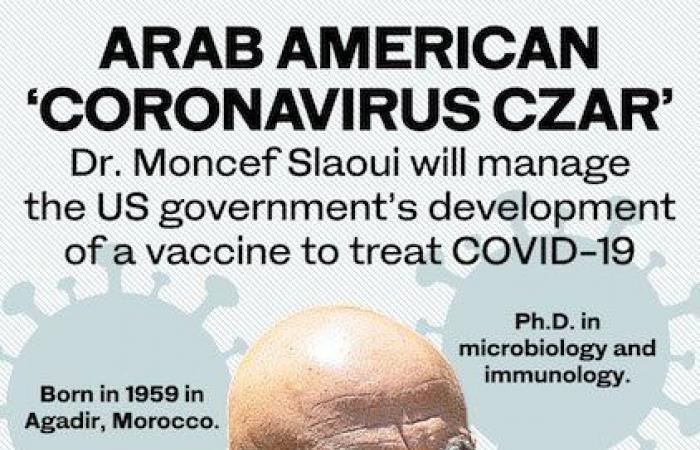 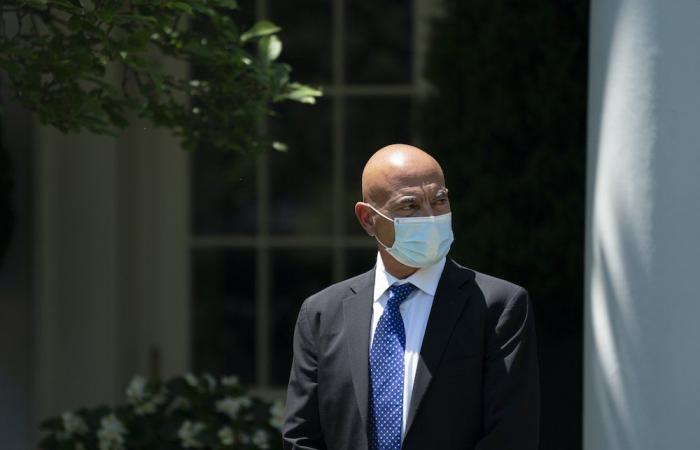 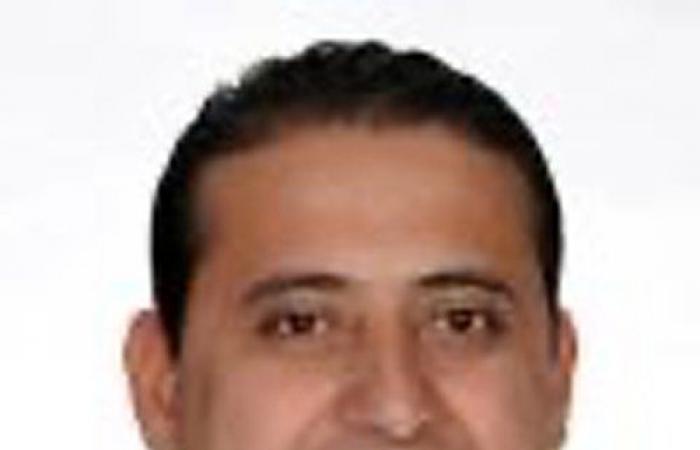 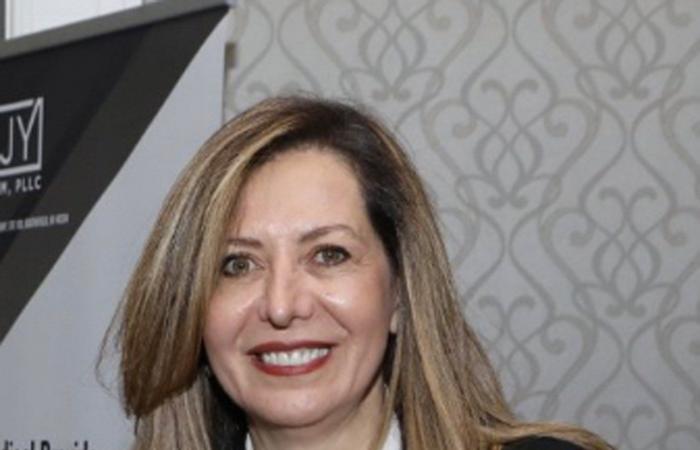 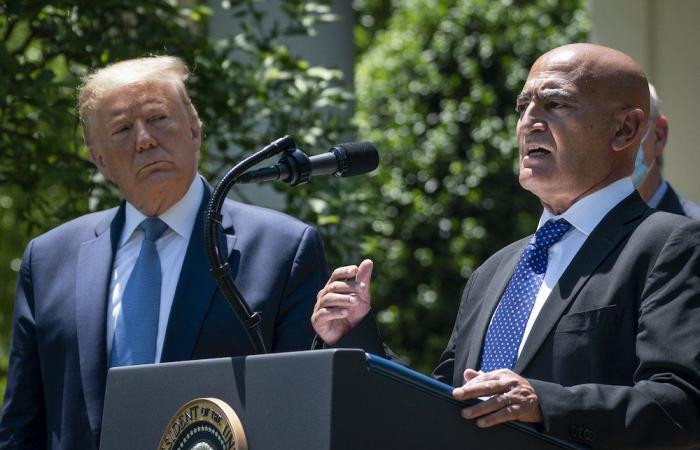 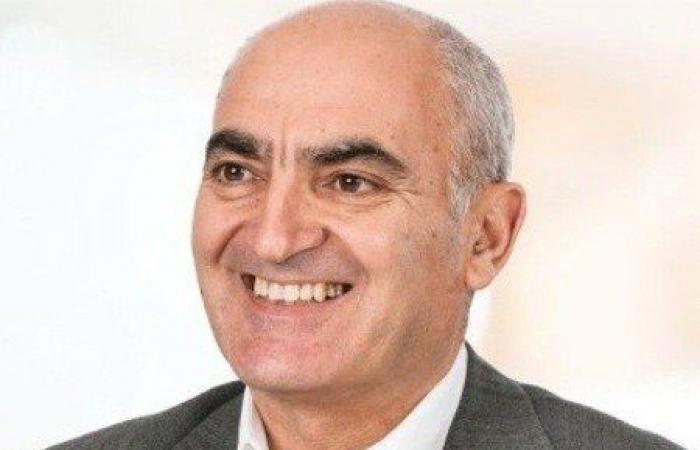 CHICAGO: Facing criticism over his handling of the COVID-19 pandemic, US President Donald Trump has tapped one of the Arab American community’s brightest medical minds to find a treatment for the infection that has wreaked global havoc since December.

Dr. Moncef Mohamed Slaoui, a Moroccan-born Belgian-American scientist who has led the field in fighting viruses and was involved in the development of a vaccine against Ebola, will head a new White House initiative called “Operation Warp Speed” (OWS).

As of Tuesday, COVID-19 had claimed more than 320,000 lives and infected more than 4 million people around the world, nearly one third of them in the US. 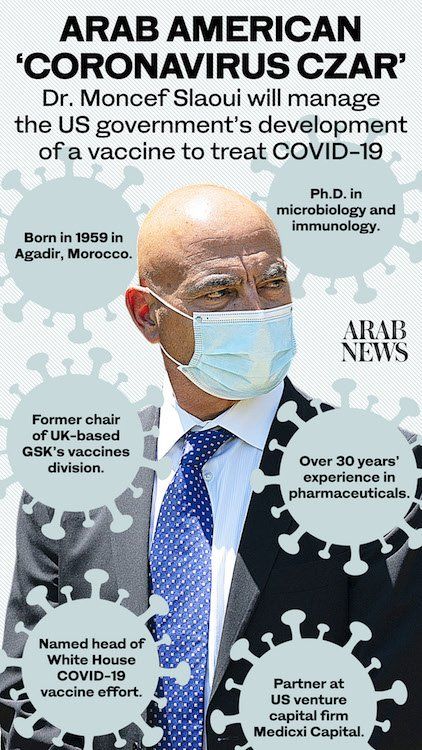 While naming Slaoui chief scientist of the vaccine effort, Trump said that OWS would help to produce 300 million doses of a vaccine by the end of the year, as well as speed up development by others.

Slaoui, 60, said that he expected to have a COVID-19 vaccine available by the end of the year. “I believe they are very credible. I also believe they are extremely challenging,” he said of efforts to achieve this goal.

Slaoui’s appointment was criticized by Democrats and sections of the news media, while praise came mainly from Arab Americans and those involved in Middle East issues.

Among them was New York-based human-rights lawyer and national security analyst Irina Tsukerman, who wrote: “Great to see growing cooperation with Morocco & Moroccans!”

In comments to Arab News, several Arab Americans said that Slaoui’s appointment would enhance the public image of the community, particularly those in the medical profession. 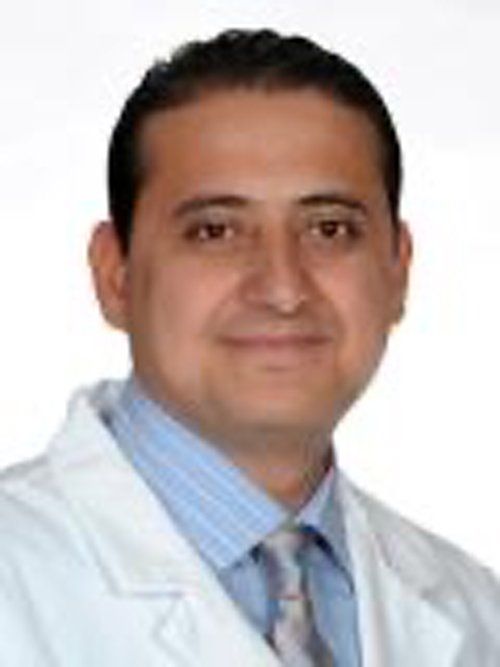 “It’s good to put somebody who has experience in this field to work on the vaccine, which is where his experience is,” said Syrian-born American Dr. Firas Badin (left), medical director for oncology research at Baptist Health System in Kentucky.

“It also reflects on how much Arab Americans put into this country and our contributions. Arab Americans are very educated and we can do so much to help here.

“Dr. Slaoui is a good example of this hard work and how much he has achieved.”

Badin serves on the National COVID-19 Committee created by ArabAmerica.com.

He is also the founder of the Syrian American Cancer Center, a not-for-profit that helps patients with cancer in war-torn Syria. 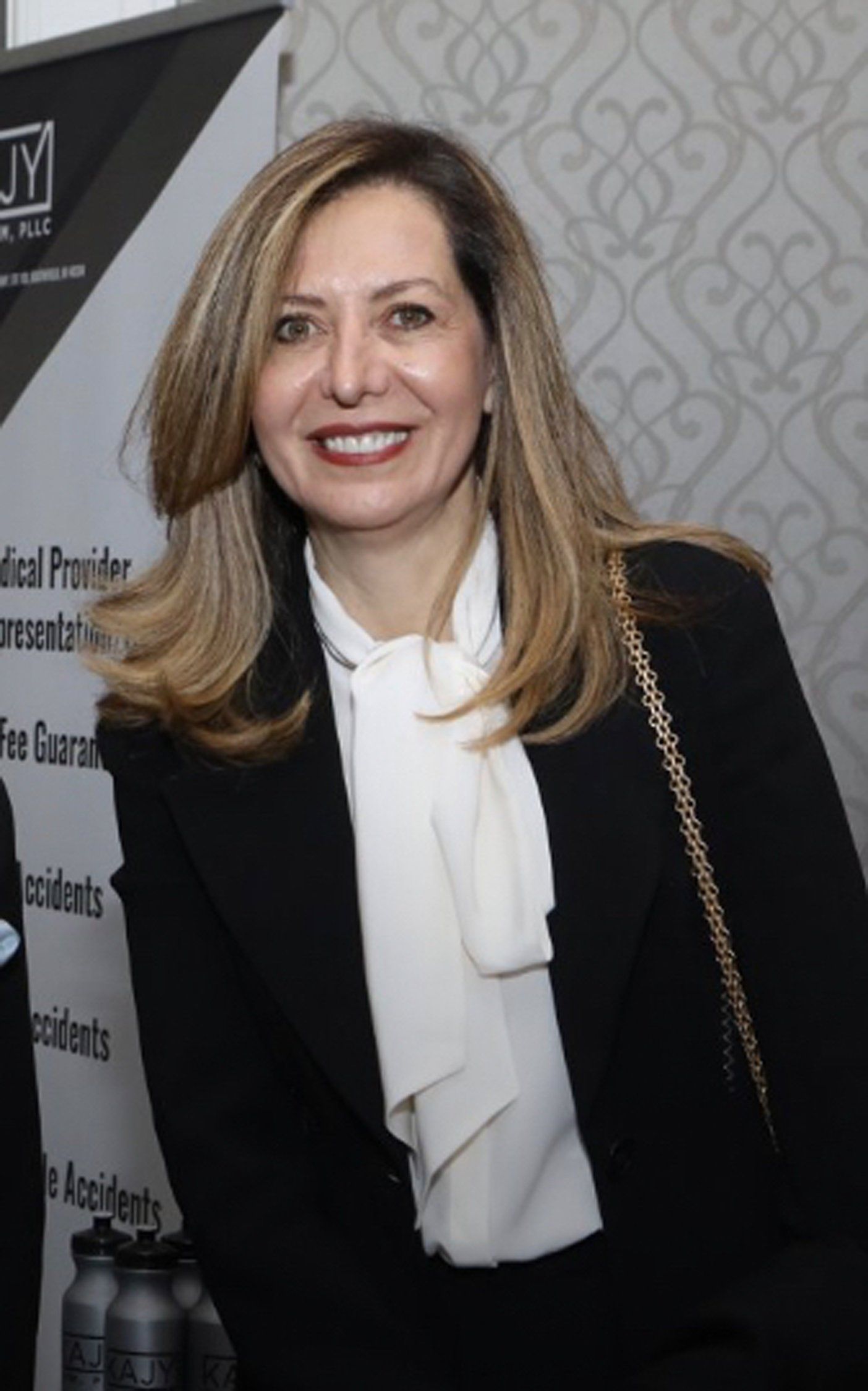 Badin’s view was seconded by Dr. Rouba Ali-Fehmi (left), who served from 2018-2019 as president of the National Arab American Medical Association (NAAMA).

Describing Slaoui as an excellent choice, she said that his elevation highlights the contribution of Arab American doctors.

“He has a great background in regards to developing vaccination and is additionally very qualified in molecular biology and immunology,” said Ali-Fehmi, the current chairperson of NAAMA NextGen, the branch for students and young professionals in the medical fields.

While expressing pride in Slaoui’s Arab heritage, she said that “all physicians and health care workers play an important role on the front line taking care of patients regardless of race, ethnicity or religion.”

“We are in a challenging and unprecedented times with great ramifications for everyone’s personal health,” Ali-FehmI said. “Make sure to be proactive in taking care of yourself, family and community.”

The polarized debate over Slaoui’s appointment, however, showed that not even a deadly pandemic could bring America’s warring red-blue camps together behind a Manhattan project-like effort.

Critics of the appointment made the argument that as a veteran pharmaceutical industry leader and investor, Slaoui and his associates will allegedly profit from his work.

“It is a huge conflict of interest for the White House’s new vaccine czar to own $10 million of stock in a company receiving government funding to develop a COVID-19 vaccine. Dr. Slaoui should divest immediately,” Senator Elizabeth Warren, a Democratic presidential contender who dropped out of the race to support Trump’s rival, former Vice President Joe Biden, wrote on Twitter.

Warren said that she introduced a bill specifically targeting “coronavirus corruption” to prevent White House officials working on the pandemic to profit from the COVID-19 outbreak.

“My new bill to would require White House officials working on the pandemic recovery to disclose their holdings and prevent them from working on COVID-19 matters that could influence their financial interests. Congress must step up,” Warren said on Twitter following Slaoui’s appointment.

In a tweet, Jennifer Jacobs, a Bloomberg reporter who wrote a story on Slaoui’s appointment, said: “New coronavirus vaccine czar, Moncef Slaoui, sits on boards of several co’s (companies) involved in vaccine chase, presenting potential conflict of interest — Moderna, one of lead US companies developing a vaccine; plus Lonza, SutroVax.”

In a recent story, Politico, the liberal-leaning online news website, cited a US pharma industry veteran as saying that Slaoui oversaw “three of the worst deals in drug industry history” because none generated much reward for GSK. 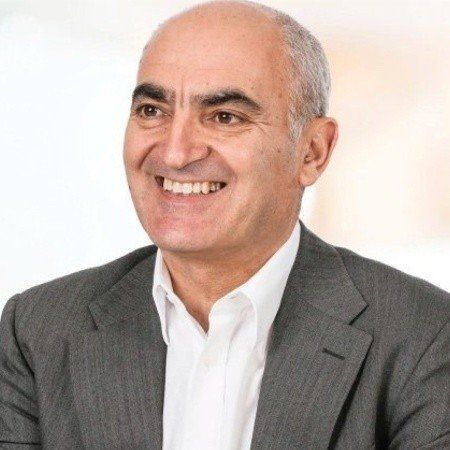 The deals included its 2008 purchase of Sirtris Pharmaceuticals, sale of its entire oncology business to Novartis and the $3 billion acquisition of Human Genome Sciences in 2012.

Not in question, though, are the credentials of the “coronavirus czar.”

Slaoui (above) earned a Ph.D. in molecular biology and immunology from the Free University of Brussels, Belgium, and completed his postdoctoral studies at Harvard Medical School and Tufts University School of Medicine, Boston.

In addition to heading up vaccines research as chairman at GlaxoSmithKline (GSK), a multinational pharmaceutical company based in London, Slaoui pioneered a new field in fighting diseases and viruses that aims to create bioelectronic medicines.

In a GSK video in 2016, Slaoui said: “Bioelectrical medicines, medicines that use electrical language in our bodies to change our ills, have the potential to be the next breakthrough medicines that will change a life of patients with chronic diseases like diabetes, asthma or arthritis.”

“We are working very hard with scientists across the world to integrate sciences such as biological sciences and medical sciences, or electrical engineering and material sciences to discover such bioelectrical medicines which we hope will help us understand, read and write the electrical language of our body and hence change diseases.”

When he retired from GSK in 2017, the drug maker announced it was developing a vaccine to fight Ebola, one of the most dreaded and contagious viruses on the planet.

Moderna, on whose board Slaoui served until he resigned following the White House appointment, issued a statement praising his selection.

It also reflects on how much Arab Americans put into this country and our contributions. Arab Americans are very educated and we can do so much to help here. Dr. Slaoui is a good example of this hard work and how much he has achieved.

“I would like to thank Moncef for his critical insights and three years of service on the Moderna Board,” said Dr. Noubar Afeyan, co-founder and chairman of Moderna and CEO of Flagship Pioneering.

“Moncef’s extensive vaccine and therapeutic development guidance were important as we continue to advance Moderna’s mRNA platform. We wish him well in this new role.”

Moderna also announced that Slaoui would divest himself of all equity interest in the company so there would be no conflict of interest as its vaccine work moves forward.

The Associated Press news agency has reported that Slaoui will take no salary for his work as “coronavirus czar.”

These were the details of the news UK extends NHS COVID-19 scheme after emotional plea from Syrian refugee for this day. We hope that we have succeeded by giving you the full details and information. To follow all our news, you can subscribe to the alerts system or to one of our different systems to provide you with all that is new.

PREV South Korea to boost funding for US troops under new accord, says State Department
NEXT Trump, returning to political stage, flirts with 2024 run