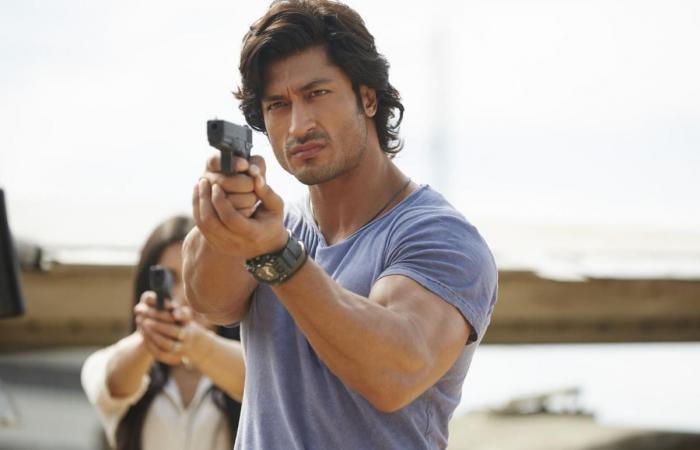 Thank you for reading the news about Movie review: Commando 3 - Pop goes patriotism again and now with the details

Aden - Yasmine El Tohamy - Commando 3 tries doing too many things. It tries serving an extra-large dose of pop patriotism, because that's the flavour of the season and the hero is a special-op commando. It tries being a larger-than-life Bollywood action film of the eighties, and also a designer, new-gen Hollywood thriller. More than anything else, the film tries to be a faithful sequel, because that's where the money lies.

The outcome is a storyline that takes too many liberties to accommodate all of the above, and is as incoherent as it is illogical.

In this new sequel, Vidyut Jammwal returns as the eponymous Commando, Karanveer Singh Dogra, who is out to thwart yet another menace that threatens to destroy India. This time, he is fighting against time to foil a plot of Jihadi terror.

By 2019, when countless special-op agents, cops, soldiers, spies -- and various other keepers of the law - have already saved the nation from Jihad and terrorism on the Bollywood screen a zillion times, the challenge for the makers was to get a new reason to rehash the familiar formula.

Commando 3 does this by introducing the subject of conversion into the film's overall plot. As the film opens, we meet a bunch of teenage Jihadis who have willingly converted to Islam from Hinduism, and are now ready to wreak havoc on Hindustan.

However, this aspect comes across as a forced add-on - stuffed into the narrative merely as an instant gimmick. It adds no real value to the overall storyline. In fact, you get the same feeling about a lot of other things in Commando 3 - the hero's entry scene, for instance, where he bashes up a horde of pehelwans who were molesting schoolgirls for wearing skirts to school.

Similarly, there are token mentions of cow politics and Babri Masjid, dangled somewhere in the script with no real conviction.

The story (Darius Yarmil Junaid Wasi) is minimal. London-based terror mastermind, Buraq (Gulshan Devaiah), is planning something sinister in India on Dussehra. Vidyut is ordered to land in London and stop Buraq from executing his plans.

Of course, Karanveer will succeed in his mission, but more thanks to punches, kicks and karate chops than any intelligent plan of action.

Gulshan Devaiah manages to play Buraq with a sinister edge, pardon the odd burst of hamming, while Vidyut Jammwal impresses once again in a new action avatar. The leading ladies get to kick butt, too, and both Adah Sharma and Angira Dhar seem to enjoy it. You could be stumped, though, watching Adah's caricaturish bid to play a Telugu encounter cop. Take it with a pinch of salt.

These were the details of the news Bollywood News - Movie review: Commando 3 - Pop goes patriotism again for this day. We hope that we have succeeded by giving you the full details and information. To follow all our news, you can subscribe to the alerts system or to one of our different systems to provide you with all that is new.