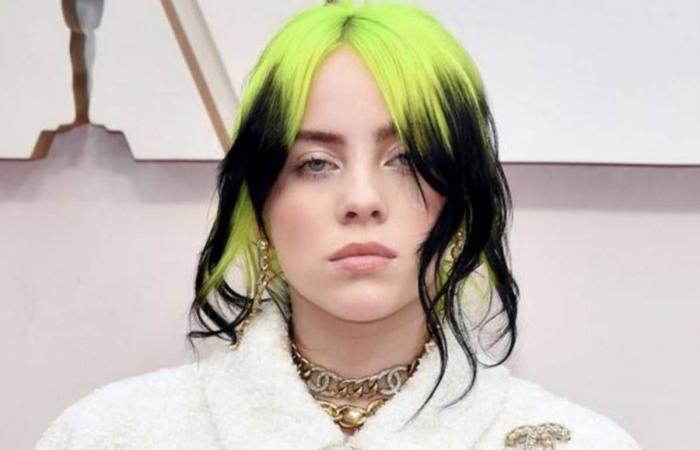 Aden - Yasmine El Tohamy - American singer-songwriter Billie Eilish is hitting back at folks criticising her for sharing a swimsuit post of herself earlier this year that was shot during a tropical vacation while being a proponent for body positivity.

According to Fox News, the 18-year-old singer spoke candidly about being trolled by people on social media who have come to love her baggy style but who have since turned on her because she's put herself out in the open.

The Grammy winner singer recalled in an interview with Dazed magazine and said , "It was trending. I saw comments like, 'How dare she talk about not wanting to be sexualized and wear this?!' There were comments like, 'I don't like her anymore because as soon as she turns 18 she's a w****.' Like, dude. I can't win."

The Bad Guy singer who has become the go-to young celebrity for baggy fashion and oversized one-of-a-kind pieces, explained to Teen Vogue in a May 2019 interview the idea behind her signature look, stating that she simply does it to deter people from having anything negative to say about her body.

Eilish said in a behind-the-scenes video for a Calvin Klein campaign,"Nobody can have an opinion [on my body] because they haven't seen what's underneath."

Over time, the songstress, said she grew to love and appreciate her body and began to see differences in her appearance.

The I Love You crooner said that despite the wide-ranging response she receives on her appearance, she absolutely believes she'll improve her confidence as she matures and grows older.

She shared that if she wore a dress to something, she would be hated for it. People would say that 'you've changed, how dare you do what you've always rebelled against?' and said, "I'm like, 'I'm not rebelling against anything, really.' I can't stress it enough. I'm just wearing what I wanna wear."

The No Time To Die songstress said that if there's a day when "I'm like, 'You know what, I feel comfortable with my belly right now, and I wanna show my belly,' I should be allowed to do that." ANI

These were the details of the news Bollywood News - Billie Eilish slams trolls who criticised her swimsuit post for this day. We hope that we have succeeded by giving you the full details and information. To follow all our news, you can subscribe to the alerts system or to one of our different systems to provide you with all that is new.