Professional boxer Viviane Obenauf: After the death of her husband in custody 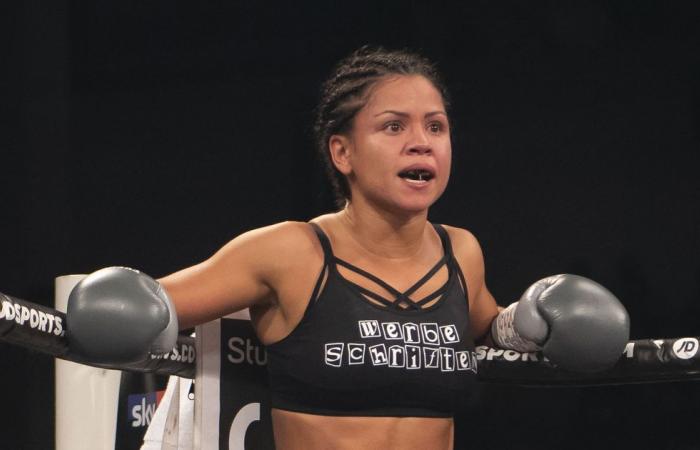 The Swiss professional boxer Viviane Obenauf (34) is in custody. She is suspected of having killed her husband Thomas († 61). He was found dead on the morning of October 19 in the apartment above his restaurant in Interlaken, as the Swiss “Blick” reported. The victim suffered “massive injuries” in a “violent assault”, according to the Swiss police.

Did Viviane Obenauf kill her husband?

Three weeks later, the Bern canton police arrested the 34-year-old: she is said to have killed her husband. The pre-trial detention is initially set for three months. The boxer has not yet commented.

Her martial arts studio, where she offers fitness and self-defense classes for women, was reportedly raided immediately. The couple had only married in January, but then apparently separated again. Above, they moved out of the shared apartment about three weeks before the act, reports the “Blick” under information on their environment.

Before that, Obenauf was arrested once for a fight. In 2017, on the evening of her 31st birthday in London, she beat up two men in a disco, one of whom is said to have molested her. The boxer was arrested, was released after twelve hours with a fine of 400 pounds (the equivalent of around 440 euros) and an apology letter.

The native Brazilian began her sporting career as a gymnast. She has been boxing since she was 18. Her greatest success: In 2018 she won the international super featherweight title of the WBA.

She moved to Europe in 2008 and married the Austrian Christian Obenauf in 2009. Their son was born two years later. The marriage failed, she moved out with her child in 2013 and moved with him to Switzerland a year later.

These were the details of the news Professional boxer Viviane Obenauf: After the death of her husband in custody for this day. We hope that we have succeeded by giving you the full details and information. To follow all our news, you can subscribe to the alerts system or to one of our different systems to provide you with all that is new.