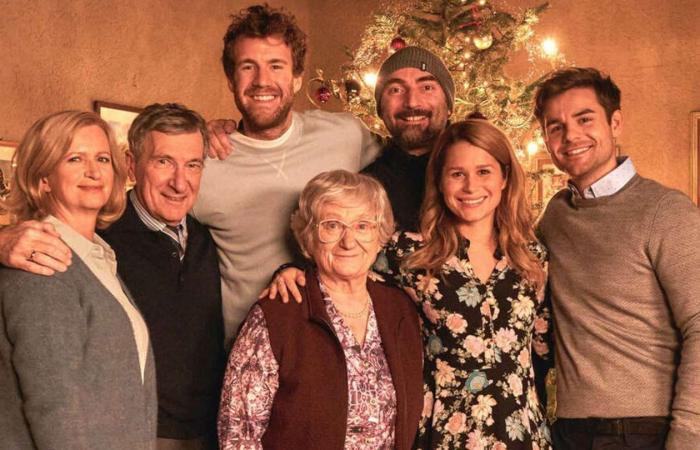 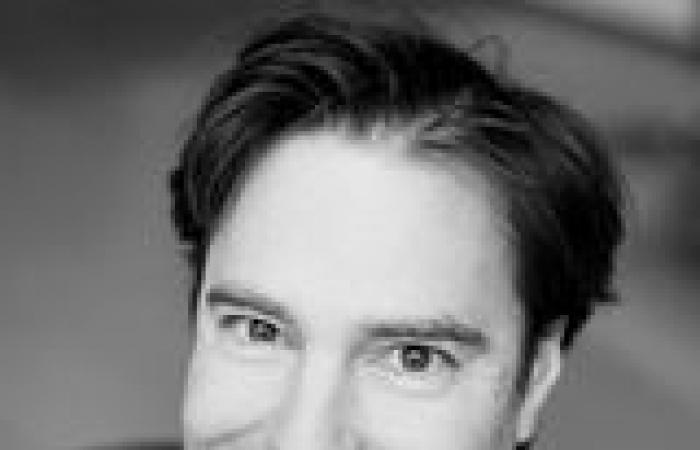 It is currently the most streamed series on Netflix: “About Christmas” with Luke Mockridge shows a typical Christmas Eve as millions of Germans know it. There are reasons for success.

It was only a matter of time before this book was made into a film: In 2017, comedy writer Christian “Pokerbeats” Huber published the bestseller “7 Kilos in 3 Days”, which tells in an amusing way how millions of young people celebrate Christmas every year : You travel home to your family over the festive season and experience the same rituals there.

Netflix has processed the book with Luke Mockridge in the leading role into a three-part series, which has been available on the streaming portal since last weekend. The story differs from the book in many points and is much more silly in tone than the original. Which doesn’t change the fact that the series was very popular with the audience. In Germany, “ÜberWeihnachten” is currently the most viewed content. There are reasons for that.

Millions of Germans should recognize themselves in the many clichés that are lined up here. The series shows almost everything that makes Christmas in many families. From buying a tree at the last minute, hectic church attendance, to the tradition of celebrating Christmas Eve with sausages and potato salad.

“About Christmas”: Almost everyone knows such parents

The behavior of the parents is also classic: the father played by Rudolf Kowalski is always careful to keep the windows closed so as not to waste energy. While Johanna Gastdorf, as a mother, is constantly concerned about the physical well-being of her family members. After all, the children have to repair the Internet and, late in the evening, after the presents are handed out, the youngsters meet in the village pub to drink.

A Christmas as everyone should know it like this – or something like that. And how it will probably not take place this year. This is the main reason for the success of “ÜberWeihnachten”: This series appears precisely in the year when the festival is endangered due to the corona pandemic and will probably run differently in most families than usual. A Netflix three-part show that shows everyone’s familiar Christmas comes in at the right time.

The story is also well received abroad – there it is often perceived as typically German, as the reactions of many Twitter users show.

compares the series with the classic “Actually … Love” and thinks that you can easily recognize Germany in it. The location also contributes to the attractiveness: Netflix has moved the story from the Upper Palatinate to Monschau in the Eifel – a picturesque half-timbered town with narrow alleys, cobblestone streets and cozy pubs.

Netflix is ​​moving the story to Monschau

The city reminds him of Arendelle, writes

This German town, Eifel, in Netflix’s #OverChristmas is sooo picturesque and beautiful. Reminds of me a bit of Arendelle. #ÜberWeihnachten pic.twitter.com/SpW9azAdNt

– the kingdom in which the adventures of the “Frozen” take place.

Can't recommend this German Netflix show enough #ÜberWeihnachten Only 3 episodes too. Check it out. Definitely watch it German and put your damn phone down to see subtitles. https://t.co/wh0cG77Jc0

even advises to watch the series in the German original language with subtitles – which Americans usually hardly ever do.

“ÜberWeihnachten” provides Germans with the dream of the ideal Christmas party, and gives foreigners an idea of ​​how they imagine typical Germany. Two good reasons for the series’ success.

And then there is the one character that everyone can agree on: Carmen-Maja Antoni delights as a motivated, warm grandma Hilde, who is always honest and does not go along with the hypocrisy on Christmas Eve. In doing so, she picks up all those spectators who cannot do much with the Christian festival and ensures that “ÜberWeihnachten” is also suitable for Christmas grouches.

These were the details of the news “About Christmas”: That’s why the Netflix series with Luke Mockridge is so successful for this day. We hope that we have succeeded by giving you the full details and information. To follow all our news, you can subscribe to the alerts system or to one of our different systems to provide you with all that is new.