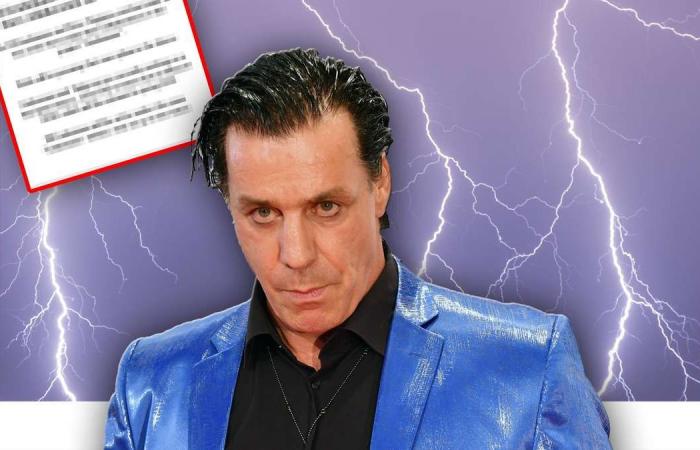 Final separation: As Rammstein frontman Till Lindemann and his colleague Peter Tägtgren announced that they will not continue the band. The project could still have a future.

Berlin – Two albums, twice number one in the German charts – but now the Lindemann success story comes to an abrupt end: The joint band of singer Till Lindemann * (57) – world-famous as the front man of Rammstein * – and the Swedish multi-instrumentalist Peter Tägtgren (50) has been history since yesterday (November 13, 2020). But there is a ray of hope – is there still new music coming?

Rammstein frontman Till Lindemann and Peter Tägtgren end their collaboration

Even the most rational music lovers are likely to see yesterday (Friday, November 13th, 2020) at least a little superstitious have become. The reason: completely surprisingly, Rammstein frontman Till Lindemann and the Swedish producer and musician Peter Tägtgren announced via Facebook *, Instagram * and Co. the end of their collaboration and thus the end of their bond at. The duo reached the top of the German charts with their two albums in 2015 (“Skills in Pills”) and 2019 (“F & M”) and also achieved international success.

Peter Tagtgren, who has already made a name for himself in the scene as the front man of well-known Metal * acts such as Hypocrisy or Pain, will in future concentrate more on his own projects. The same applies to Till Lindemann *. The 57-year-old singer will not only continue to be on stage as the front man of Rammstein, but a new, very own project start under the old band name, as you can see in yesterday’s announcement. So the band is history In a certain way, however, it will be continued as a solo project, where the eponymous musician alone has the say.

To what extent Till Lindemann will build on the band’s previous sound with his recently announced project is questionable. With Peter Tägegren, who has already worked as a producer for renowned music groups such as Sabaton, Dimmu Borgir or Amon Amarth, Lindemann loses a thoroughly talented songwriter, from whose pen most of the musical arrangements of the band come. Fans of the duo can still look ahead: In spring 2021, the two exceptional musicians will end their short but extremely successful collaboration with the release of a live DVD commit.

Music fan? The latest news about Metallica *, Billie Eilish * or AC / DC * and many other musicians can be found here *.

These were the details of the news Rammstein frontman Till Lindemann dissolves the band – so it goes on now for this day. We hope that we have succeeded by giving you the full details and information. To follow all our news, you can subscribe to the alerts system or to one of our different systems to provide you with all that is new.