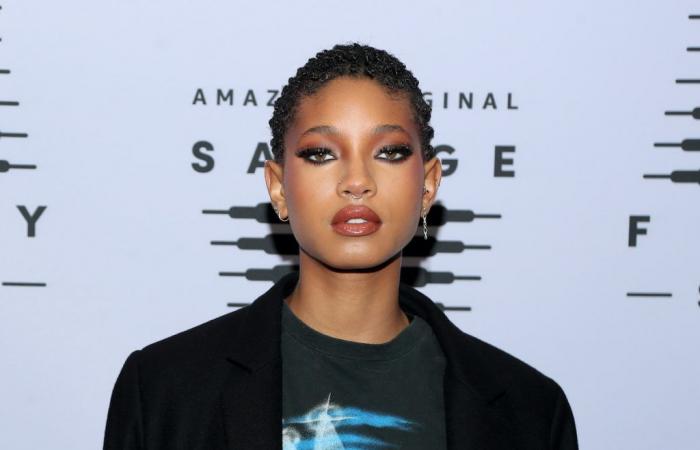 Willow Smith has grown up. It seems like she was a young girl who broke out with “Whip My Hair” just yesterday, but on Saturday October 31st she actually turned 20. To celebrate, Smith got a tattoo that she later featured on her social media.

On her 20th birthday, Smith received a ton of birthday honors from fans, friends, and family. Among them was her mother Jada Pinkett Smith, who wished the singer “Cycles” a happy birthday in a cute Instagram post.

The Expose it star posted a series of photos that resulted in a large photo of Smith dressed as a witch while looking at her profile The Wizard of Oz. Pinkett Smith wrote: “Happy birthday to my dearest creepy girl in the whole world !!!!”

Smith reposted some of the shoutouts on her Instagram story before launching her birthday celebrations later that day.

Willow Smith celebrated her 20th birthday with a tattoo

On the evening of October 31st, Smith posted a video on her Instagram story visiting Los Angeles-based tattoo artist Raymond Jimenez. She was with her brother Jaden Smith, cousin Jade Pinkett, and others.

“First tattoo on Willoween,” Pinkett signed a video of Smith lying down while having what appeared to be an overlapping circular grid tattooed on him. The art can be seen in the inner part of the arm of the singer “Summer Fling”.

RELATED: Willow Smith said this childhood experience was “painful” because it was so naive

While it appears to be her first tattoo, Smith has experimented with body art in the past, including in 2016 when she was photographed for CR Fashion Book. In the ninth edition, she posed in a bright outfit with tribal tattoos on her face and fingers.

Willow Smith did more on her birthday too

Also on October 31st, Smith announced that she would be bringing out a project “VERY Soon” with fellow musician Jahnavi Harrison. She made the announcement in the caption of a photo of her and Harrison singing and playing music and writing together:

The more I grow, the more I realize that the only things that are really important to winning life are to serve humanity wherever I can and strengthen my relationship with the divine. It is a great honor to announce that @jahnavi_harrison and I will be releasing a joint project VERY soon. I am so grateful that I was allowed to do my first devotional album with such a pure, talented and peaceful person like Jahnavi … I hope our offer will calm the hearts and nourish the souls of those who listen.

It will be her first musical release since her third studio album, MEADOW (2019). MEADOW publishes to mixed reviews from critics, but songs like “Female Energy, Pt. 2 ”and“ Time Machine ”received a lot of love from the fans.

We can’t wait to see what she has in store next and hope she really enjoyed her birthday!

These were the details of the news Willow Smith gets her first tattoo for her 20th birthday for this day. We hope that we have succeeded by giving you the full details and information. To follow all our news, you can subscribe to the alerts system or to one of our different systems to provide you with all that is new.