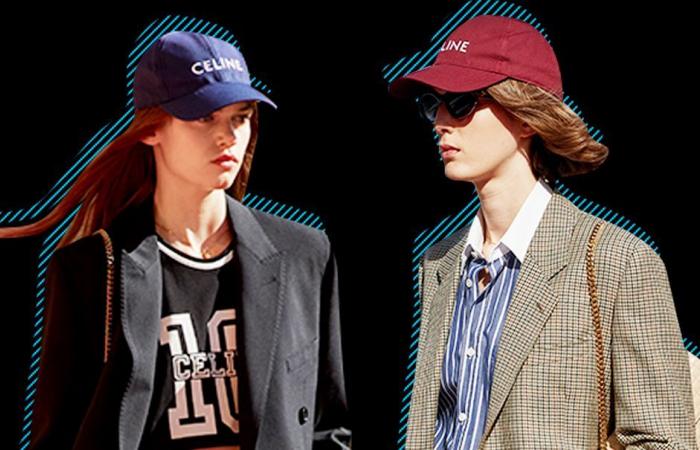 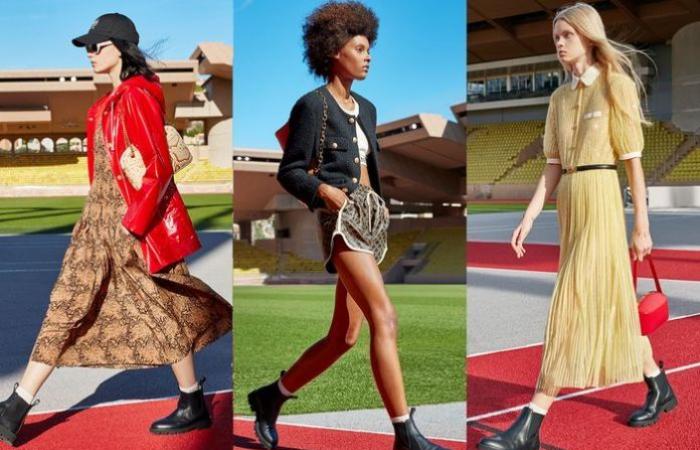 The viewers of Hedi Slimane’s fashion shows know what to expect. There is a storm of young and skinny models, many of whom have no way of walking in high heels. There is a dark place where the music of a fairly new band pulsates. I saw my first Slimane shows in the late 90s when he was designing men at Yves Saint Laurent. In principle there was little difference between these shows and his Celine show in February 2020. They felt like he was trying to dominate with his vision of youth, mainly by closing the frame and turning off unnecessary lights.

So it was curious to see the film from his new women’s collection. It starts with a drone shot of the blue Mediterranean, then a pan of Monaco’s famous yacht-filled harbor and some of the most expensive real estate in the world. Next, the camera zooms over a manicured green area, spins several times quickly, and then hovers like a dizzying bumblebee in front of a beautiful woman before finally retreating to reveal our location – a sports stadium (of course minus the spectators).

The pandemic forced Slimane to innovate as it has the most designers. In July he showed Celine’s men’s collection on a racetrack in the south of France. But moving outside isn’t just convenience. I got the feeling that he was having trouble finding his way around Celine. He can probably wear Celine’s classic middle-class clothing while he sleeps – the blazers, the ruffled shirts, the pleated skirts. That is not the problem. The problem – and I’m just guessing here – is how to translate an indigenous French style for an audience for whom social and fashion nuances are less and less important. I read somewhere that Gen Z people’s attention span averages eight seconds, compared to 12 seconds for millennials. One of Slimane’s strengths is its understanding of the zeitgeist. I think that explains the simplistic approach he took at Saint Laurent as the creative director of the whole brand (from 2012 to 2016). He knew that humans could only process so much information. The clothes had to be sexy too.

We all know that the pace of change has accelerated dramatically. One consequence is that the fashion industry cannot promote or even encourage new creative talents – due to the shortened development time. Consumers also relate to different things. Celine recently hired a TikTok star to be the “face” of its ad, and its Instagram received almost as many mentions on Monday of Lisa – the Blackpink singer and now Celine ambassador – as Slimane.

For me, this latest show meant a small but crucial change. The style of clothing was younger, and the blazers and boucle jackets were now worn with crop tops, hoodies, and branded shorts. At the same time, many of the classic looks could be worn by a woman of all ages. The seductive dresses were way cooler than in the past; more skin showed; and Slimane combined everything with sneakers, ballerinas or hiking shoes.

Ah, the models could walk!

I do not know whether this collection was “a portrait of a generation” as the press reports announced. I think the athletic element gives Slimane an opportunity to connect with a younger generation, which is what keeps the game in vogue. And I have to say I loved the sky high view of Monaco. It initially read like a teaser for a reality show about the lives of the mega-rich before settling in the stadium and the models on the track. Nevertheless, the message was delivered.

These were the details of the news Cathy Horyn SS21 Review: Celine for this day. We hope that we have succeeded by giving you the full details and information. To follow all our news, you can subscribe to the alerts system or to one of our different systems to provide you with all that is new.