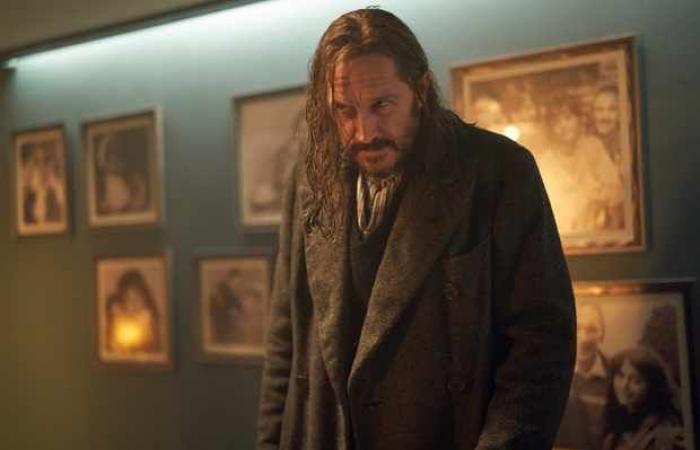 The first episode of ITV’s The Sister, based on Neil Cross’ book Burial, asked us a lot of questions – and while the full series will now be available on ITV Hub, it’s understandable if you need to catch your breath and go through it all what we have learned so far.

The first of four episodes introduces us to Nathan (Russell Tovey) and Holly (Amrita Acharia), a married couple who have been together since 2013 – almost exactly three years after the disappearance of Holly’s sister Elise (Simone Ashley from Sex Education) got to know …

Their married life had its ups and downs, including their struggle to conceive, but by and large they had a happy marriage. But when an old friend of Nathan, Bob (Bertie Carvel), knocks on her door, he threatens to divulge a great secret.

* Warning: spoilers ahead for the first episode of The Sister *

Did Nathan Kill Elise? Is she dead?

It seems certain early on that Holly’s beloved younger sister Elise is dead – especially given Bob’s statement: “We have to move her soon.”

It appears to be referring to Elise’s body in the woods, which he and Nathan somehow know – as far as Holly and her parents know, Elise is still missing and her body has never been found.

Nathan also hopes that Nathan will help him move the body before the developers accidentally reveal it. As Bob admits towards the end of the episode, he’s scared to do it alone – though there might be another, alternative reason for wanting Bob there?

But if Elise is definitely dead, how did she die? Did Nathan accidentally kill her? And how was Bob (who, as we learn from flashbacks, is a ghost whisperer or a medium that Nathan met while working on the radio) was involved in her death?

Did Nathan sleep with Elise?

We learn from flashbacks that Nathan was at the New Year’s Eve party Elise was last seen at – something he definitely left out when he was with her older sister Holly in 2013, three years after Elise’s disappearance.

We also see Elise and Nathan looking at each other during the party as soon as he arrives. The attraction is there and it could explain why the couple might have ended up in the woods together.

But when it turns out that Nathan had sex with Elise before he later married Holly, the process gets creepier – and another layer is added to Bob’s obvious disgust at the beginning of the episode when he realizes that Nathan’s wife is also Elise’s older sister.

It could also explain why Nathan feels so persecuted by Elise … and why her mind might be angry with him.

Did Elise’s ghost turn on the light?

Ah yes, the trembling end of the first episode saw Nathan alone in his house, unable to reach Holly by phone. Worried about why she might be home so late, he becomes even more scared when he hears a creak and seems to be aware of it presence.

And whatever he told Bob, it definitely seems to have experienced a “haunted” feeling because he says out loud, “Is that you?”

He speaks clearly to what he thinks is Elise’s ghost and asks her to “do something” so that he knows she is there – and on cue the lights go on in the garden.

Was it her ghost? An electrical malfunction? Someone completely different, who was listening to him? Maybe we shouldn’t know for sure – but we keep our fingers crossed.

These were the details of the news ITV’s The Sister Episode 1 Questions and Theories explained for this day. We hope that we have succeeded by giving you the full details and information. To follow all our news, you can subscribe to the alerts system or to one of our different systems to provide you with all that is new.