The end of the book “The Queen’s Gambit” shows Beth’s fiercest... 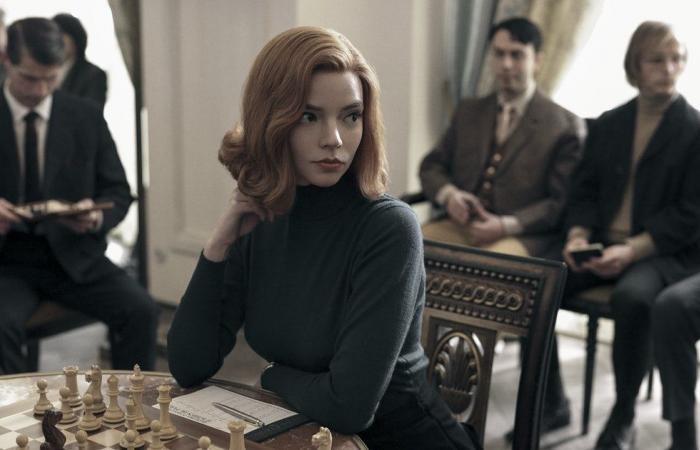 After almost 40 years on the shelf, Walter Tevis’ 1983 novel, The Queen’s Gambit, will finally be directed to a screen near you. The Queen’s Gambit The end of the book is a wild and hopeful celebration of a young woman’s journey into her own power. Tevis’ novel ends on a brilliant feel-good note, and that’s exactly the kind of story we all need now. Spoilers for The Queen’s Gambit Consequences.

The Queen’s Gambit The focus is on Beth Harmon, a shy orphan from Kentucky who finds out she has a natural talent for chess. She improved her skills over the course of eight years and will compete in the US Open at the age of 16, where she draws with Benny Watts, a grandmaster and US champion. At the US championship she meets Benny again, where she beats him and earns a place in the Moscow Invitational.

Coming to Moscow means playing against the most senior chess players in the world, but it also means going to the USSR at the height of the Cold War. After Beth chose Benny as her second, she first secured funding for her trip, food and accommodation from a Christian organization. However, when the Christian crusade asks them to make a statement against communism and atheism in the USSR, the non-religious Beth parts with them – a move that prompts Benny to abandon his plans to attend the invitation with her.

Beth is only accompanied by a man from the US State Department and travels to Moscow to take part in competitions. She knows that the invitation gives her the opportunity to compensate for the most embarrassing game she has ever played: a game in Mexico City against Russian grandmaster and world champion Vasily Borgov that ended on her concession. After battling her way through the ranks of the Moscow Invitational, Beth faces Borgov again.

This time everything has changed. In the middle of the game, Borgov asks that the game be postponed until the next day so that both players have time to develop strategies. When they restart the game, he offers Beth a tie, which she doesn’t take. She plays in a fugue and fears that she has made the wrong decision until she sees victory in 19 moves. It takes Borgov 15 moves to realize that he has been defeated. From the novel:

“When she dropped the knight, there was complete silence. After a moment she heard an exhale across the table and looked up. Borgov’s hair was wrinkled and his face was grim. He spoke English, “It’s your game.” He pushed back his chair, stood up, reached down, and picked up his king. Instead of laying it on its side, he held it over the board for her. She stared at him. “Take it,” he said.

Beth’s victory over Borgov gives her the opportunity to challenge him in a 24-game match for his world title. Beth stands two years between her and their next meeting and goes home … but not before she stops in a Moscow park to play a game of chess against an older man who has no idea who she is.

These were the details of the news The end of the book “The Queen’s Gambit” shows Beth’s fiercest... for this day. We hope that we have succeeded by giving you the full details and information. To follow all our news, you can subscribe to the alerts system or to one of our different systems to provide you with all that is new.