Winner of the Australian Children’s Book Council’s 2020 Book of the... 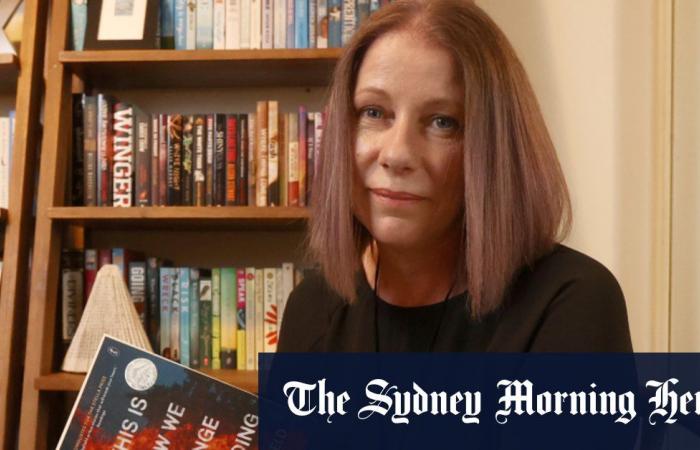 “I relate to real life so I find traction in my stories … to tell the truth as much as possible. Sometimes people call these books ‘issues books’ which I find pretty derogatory. Yes, there are issues [addressed] But for some people this is real life, it’s not a script. ”

Always creative, Wakefield only started writing in earnest 10 years ago at the age of 40. University was never an option. She failed her last school year “spectacularly”. “I think I’m one of the wild races … I graduated from reading thousands of books and even then I didn’t feel safe becoming a writer.”

She loves the award and remembers choosing books in the library as a kid with a glossy sticker on them, assuming it was a good book.

Founded in 1946, the CBCA Book of the Year Awards are the longest running and one of the most prestigious literary awards in Australia. This year’s winners were selected from a record 517 entries in six categories.

Pip Harrys The little wave Taken out book of the year for younger readers. Written in verse, the main character in the book, Jack, has never been to the beach and desperately wants to go there. When he lives in a remote, rural NSW in a fictional town called Mullin, the coast seems another world away.

Harry was born in Melbourne and lives in Singapore. He is a former lifesaver and open water swimmer. The inspiration for her book came after a swim on the beach while spying on a group of school kids who were completely in love and clearly visiting for the first time.

Writing in verse wasn’t a conscious choice, it was just the way the words came to her. She says it’s a great way to tell stories. “You have to be very precise in your choice of words and get to the heart of your ideas,” she says. “It feels like a simple book to read, but it was quite complicated to edit.”

Said Harry The little wave has been described as the gateway to verse novels for children, which inspires them. It’s a “calm verse novel with soft themes about overcoming adversity,” she says. “Maybe children need books like this this year.”

BOOK OF THE YEAR, ELDERLY READERS: Vikki Wakefield, So we change the ending

BOOK OF THE YEAR, EARLY CHILDHOOD: Frances Watts (illustration by A. Yi), My friend fred

PICTURE BOOK OF THE AWARD: Chris McKimmie, I need a parrot

These were the details of the news Winner of the Australian Children’s Book Council’s 2020 Book of the... for this day. We hope that we have succeeded by giving you the full details and information. To follow all our news, you can subscribe to the alerts system or to one of our different systems to provide you with all that is new.