The cast of actress Gal Gadot as Cleopatra causes trouble, but... 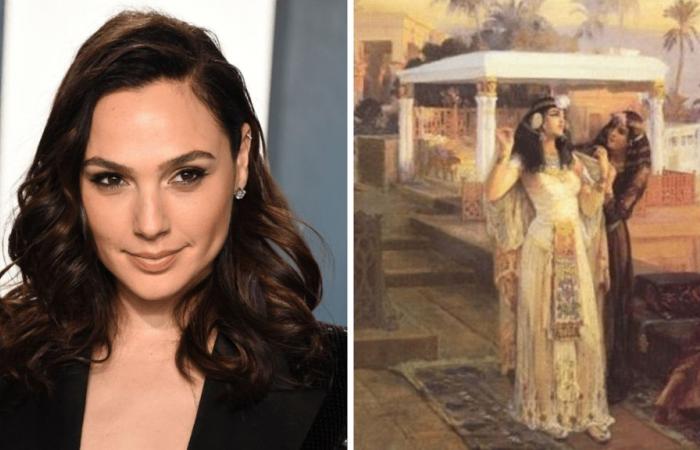 We live in politically correct times, and Hollywood is an institution under heavy pressure to correct its history of sexism, cultural appropriation, and lack of diversity.

The latest controversy in Tinseltown revolves around the casting of Wonder woman Star Gal Gadot, a native Israeli, in the role of the ancient Egyptian Queen Cleopatra.

35-year-old Gadot confirmed that she would play the role via Instagram and Twitter, but was outraged by some corners of social media.

Why? Because of the misunderstanding that Cleopatra was black and Arabic.

“The level of disrespect is incredible,” said one person on Twitter.

“You are ISRAELI, who is an ARABIC figure. It won’t end well. “

“Um … aren’t you an Egyptian?” Wrote another person.

“I can’t wait to boycott this whitewashing disaster, so many mistakes!” Said another.

However, the demand for a black actor was ridiculed by others who suggested that Cleopatra was in fact either Greek or Persian.

“People are upset because Gal Gadot, who is not black, plays Cleopatra, who is also not black,” wrote journalist Ian Miles Cheong on Twitter.

“It is the level of ignorance that is incredible.”

“People who show their ignorance in the comments as usual … please go and open your history book before you open your mouth,” wrote another on Instagram.

“It is the level of ignorance that is incredible,” wrote another.

“Cleopatra was not an Arab, this is a very basic historical knowledge, she was Ptolemy and Greek.

“If you don’t know anything about it, you should learn first.”

Cleopatra was born in Egypt but was the daughter of Ptolemy XII, a member of the Macedonian Greek royal family who ruled Egypt for 275 years.

It means that Cleopatra would most likely have been fair skinned.

Pictorial representations of Cleopatra, as used by Gadot in her announcement tweet, show a light-skinned woman with dark hair.

“I’ll say this once and I won’t say it again, Cleopatra was Greek,” wrote one user.

“Yes, she was Egyptian ruler, but she was Greek of Persian and Syrian descent.

“The people who react negatively to this are uneducated and uninformed.

A release date for the film has not been announced.

The script for the new film is being written by Laeta Kalogridis who has a résumé that includes Alexander, Shutter Island and Terminator Genisys.

These were the details of the news The cast of actress Gal Gadot as Cleopatra causes trouble, but... for this day. We hope that we have succeeded by giving you the full details and information. To follow all our news, you can subscribe to the alerts system or to one of our different systems to provide you with all that is new.