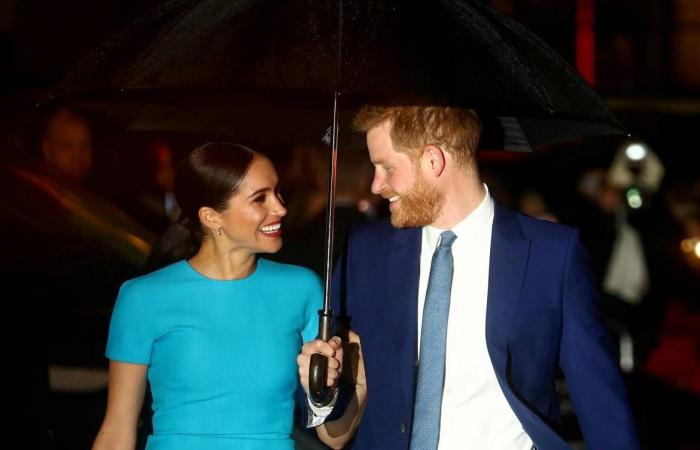 Thank you for reading the news about Online abuse 'almost unsurvivable': Meghan Markle in mental ... and now with the details

Aden - Yasmine El Tohamy - Meghan Markle has spoken about the online abuse she encountered when she married into the British royal family.

According to People, Markle recently appeared alongside Prince Harry on the 'Teenager Therapy' podcast, hosted by five seniors at Anaheim high school, California and discussed the toll that social media can take on someone's mental health.

"Yes it's a great way to connect, but it also ends up being a place where there's a lot of disconnection," Markle said. "I can speak personally too, I'm told that in 2019 I was the most trolled person in the entire world, male or female."

Recalling the same year when she was pregnant with son Archie, she said, "Now, 8 months of that I wasn't even visible -- I was on maternity leave or with a baby. But what was able to be manufactured and churned out, it's almost unsurvivable."

"I don't care if you're 15 or you're 25, if people are saying things about you that aren't true, what that does to your mental and emotional health is so damaging," she added.

Meghan and Harry appeared on the podcast for World Mental Health Day. The conversation was recorded earlier this week with three of the five hosts -- Gael, Kayla, and Thomas -- at a coronavirus-compliant shooting location (including masks) in Montecito, California, where the couple recently moved with 1-year-old Archie.

"Vulnerability is not a weakness, showing vulnerability in today's world especially is a strength," Markle's husband Harry said. "The more we talk about it the more it becomes normal, and it is normal."

Markle also commented that part of what the pair hope to accomplish through their advocacy is to emphasise that "we all know what it feels like to have our feelings hurt."

These were the details of the news Bollywood News - Online abuse 'almost unsurvivable': Meghan Markle in mental ... for this day. We hope that we have succeeded by giving you the full details and information. To follow all our news, you can subscribe to the alerts system or to one of our different systems to provide you with all that is new.