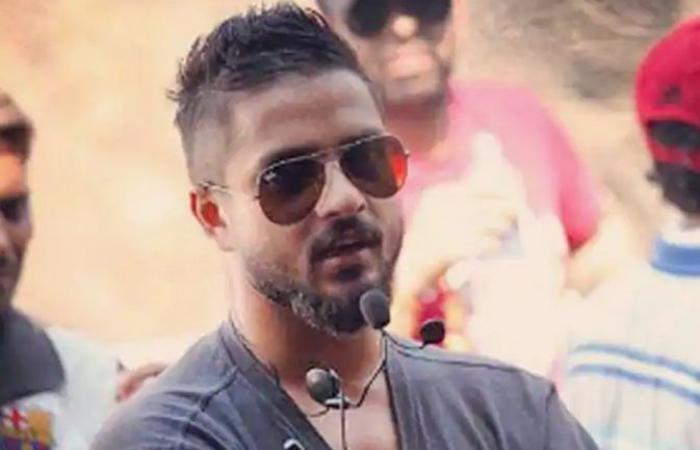 Thank you for reading the news about SSR Case: Kshitij Prasad allegedly bought weed 12 ... and now with the details

Aden - Yasmine El Tohamy - The Narcotics Control Bureau (NCB) which arrested Kshitij Prasad, former executive producer of the Dharma Productions in connection with the drug investigation related to Bollywood actor Sushant Singh Rajput's death case allegedly purchased 'ganja' (weed) around a dozen times over a three-month period and paid Rs 3,500 each time for the 50 gm of the contraband.

Kshitij was arrested by the NCB on Saturday. NCB sources said that during the searches at this residence on Friday, the agency recovered a joint believed to be remains of smoked ganja from the residence of Kshitij and also some documents and gadgets.

An NCB source said that during her questioning, alleged peddler Ankush Arneja, who was arrested on September 12, identified Sanket Hanuman Chand Patel as the supplier of drugs to Kshitij.

On her revelations, Patel was arrested and confessed that he supplied weed to Arneja on the instructions of another accused Karamjeet Singh.

The NCB source said that Kshitij was delivered ganja by Karamjeet outside his building in Mumbai's Andheri West area."Kshitij was provided ganja for more than a dozen of times between May to July this year. He used to make a payment of Rs 3,500 for every delivery of 50 grams of ganja from Karamjeet," the source added.

The source further said that the drug law enforcement agency is verifying if Kshitij passed on the contraband to others in Bollywood. The source further disclosed that as a buyer, Kshitij was indirectly part of transactions linked to another case co-accused from whom the agency had seized a variety of narcotics in commercial quantities in the last few days.

The NCB, meanwhile, in its remand copy in a Mumbai court, said that Kshitij is indirectly connected with an accused Anuj Keshwani, from whom narcotics seized in commercial quantities of the contraband. The city court on Sunday remanded Kshitij to the NCB's custody till October 3. Keshwani is already in judicial custody.

The NCB source said that the agency is investigating to whom Kshitij delivered contraband in Bollywood.

The source further said that as Kshitij bought ganja 12 times in three months from a peddler, it needs to be verified if such frequent purchases were for personal consumption or they were passed on further to others.

The agency has so far arrested 20 people in the case.

Based on disclosures by Keshwani, the NCB had on September 12 searched the premises of another accused, Ankush Arneja, seizing 42 gram of narcotics and cash worth Rs 1.12 lakh and certain documents.

Arneja's statement was recorded under the Narcotic Drugs and Psychotropic Substances Act (NDPS), wherein she stated that she supplied hashish to Prasad via co-accused Sanket Patel on various occasions, according to the NCB.

Arneja was arrested and is in judicial custody.

The NCB has already arrested Sushant's girlfriend Rhea Chakraborty, her brother Showik and several others.

These were the details of the news Bollywood News - SSR Case: Kshitij Prasad allegedly bought weed 12 ... for this day. We hope that we have succeeded by giving you the full details and information. To follow all our news, you can subscribe to the alerts system or to one of our different systems to provide you with all that is new.