Bollywood News - Exclusive: India cracks down on drugs after... 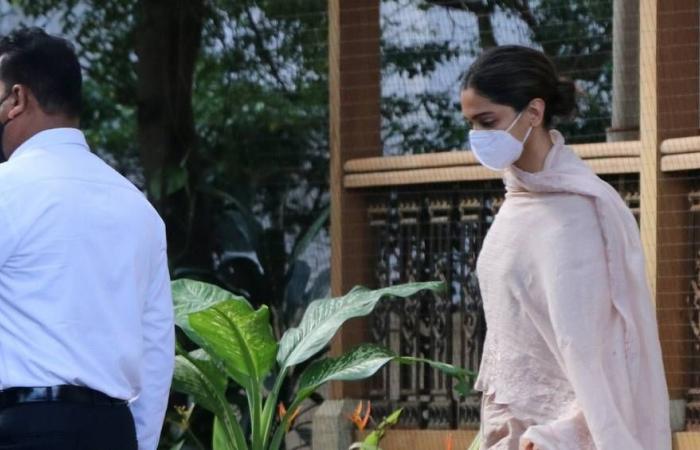 Thank you for reading the news about Exclusive: India cracks down on drugs after... and now with the details

Aden - Yasmine El Tohamy - The Bollywood drug scandal has sent shockwaves across India and the Kannada film industry in South India (Sandalwood) also finds itself in the eye of the storm with a daily surge of allegations, denials and new revelations.

These have raised uncomfortable questions on how deep the rot has spread as police and counter-narcotics agencies piece together evidence and launch raids across the country.

Five states - Kerala, Karnataka, Goa, Maharashtra and Andhra - are sharing information on drug cartels, their suppliers, the modus operandi, and users in the Indian film industry. More than 630 cases of possession of marijuana and other psychotropic substances, peddling and sourcing have been filed in 2020 in these states this year alone.

Police say 130 suspects have been arrested under the Narcotic Drugs and Psychotropic Substances Act, 1985, (NDPS Act). Names of film actors, their facilitators, and people who act as conduits and agents have come up, and sleuths are pursuing leads in the case. Top Bollywood actors like Deepika Padukone and Shraddha Kapoor have been quizzed by officials for their role.

Two Kannada actors, Ragini Dwivedi and Sanjjanaa Galrani were earlier taken into custody on drug charges under the NDPS Act. They were remanded in judicial custody for 14 days in Bengaluru. A male model, Niyaz Ahmed from Kerala, event managers Viren Khanna and Ravishankar, were also remanded in police custody.

It all began with the suspicious death of Bollywood actor Sushanth Singh Rajput in June. The actor's alleged suicide has now snowballed into a massive drug scandal and could have international ramifications following the arrest of Albanian drugs smuggler Denis Matoshi by the Dubai Police last week.

Indian Narcotics Control Bureau (NCB) sources said Matoshi was involved in the Indian drug trade as well and they are working with the Interpol to piece together the missing links to Bollywood and Sandalwood. "We have launched a multi-agency swoop in Bengaluru, Mangaluru and Mysuru. Police are coordinating their efforts in Karnataka, Andhra Pradesh, Kerala, Goa and Maharashtra," said Karnataka state Director General of Police Praveen Sood to Al Khaleej Today.

A three-tier anti-narcotics control system has been put in place along the maritime states on the Western Coast.

"We are certain that there is an international connection to this drug trafficking and are taking it up at all levels," Sood said. There have been 330 cases of ganja smuggling in the four districts of Kasargod, Mangalore, Udupi and Uttara Kannada districts in 2020 so far, which is concerning, according to the police officer

What's worse, in cities like Bengaluru, Mangaluru and Kochi, college students are taking to peddling drugs, more so during the pandemic. "We arrested 180 persons
who are peddlers and smugglers. Some of them are youngsters of college-going age." said Vikash Kumar, Commissioner of Police in Mangaluru.

Police, meanwhile, have been getting information about marijuana grown in forests and even in cultivable fields. People living in the Western Ghats region and the plains of interior Karnataka have been calling local police stations informing them about the large-scale cultivation and processing of marijuana.

The writer is a senior journalist based on Mangaluru, India.

These were the details of the news Bollywood News - Exclusive: India cracks down on drugs after... for this day. We hope that we have succeeded by giving you the full details and information. To follow all our news, you can subscribe to the alerts system or to one of our different systems to provide you with all that is new.