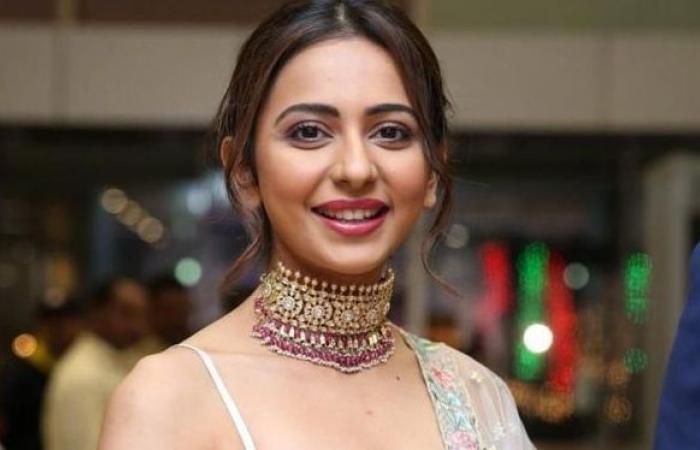 Thank you for reading the news about Hope media will show restraint: Delhi HC on Rakul ... and now with the details

Aden - Yasmine El Tohamy - The Delhi High Court on Thursday expressed hope that the media will exercise restraint as the bench asked the Centre, National Broadcasters Association among others to respond to a petition filed by Bollywood actor Rakul Preet Singh.

Rakul Preet has highlighted media reports against her after Sushant Singh Rajput's death case accused Rhea Chakraborty named the former in a drug related case before the NCB.

While passing these directions, the single judge bench said: "There has to be some restraint. Media gets to know info even before the officers themselves. Reputations are getting tarnished."

Justice Navin Chawla issued notice to the Ministry of Information and Broadcasting, Prasar Bharti and the Press Council of India seeking their response over the petition filed by the Bollywood actor through advocates Aman Hingorani, Himanshu Yadav and Shweta Hingorani.

It also asked the central government, Prasar Bharti and the Press Council to treat the said petition as a representation and take decision expeditiously.

The next hearing on the matter will be on October 15.

"It is hoped that media houses and TV channels would show restraint and abide by the Program Code and other guidelines while making any report in connection with Rakul Preet Singh," the bench added in its observation.

The plea filed by the actor claimed that she was shooting for a film in Telangana when she was stunned to see private TV channels, including some members of the News Broadcasters Association running "breaking news" from the evening of 11.9.2020 to the effect that the Petitioner, along with actress Sara Ali Khan and designer Simone Khambatta, have been named as the individuals who take drugs by actress Rhea Chakraborty in the ongoing investigation by the Narcotics Control Bureau in Mumbai into the drug angle in the June 14 death of Sushant.

"The Petitioner categorically states that she does not take drugs at all, and has, to the best of her recollection, has only met Sara Ali Khan twice (once at IIFA Awards and once while working out in a gym) and has not met Simone Khambatta at all," the petition said.

Rakul Preet further stated that despite the fact that Rhea had already retracted her statement on 9.9.2020 as aforesaid, the private TV channels have continued since 11.9.2020 till date to run a slander campaign against her.

The petition has sought the court's direction in order to ask the media not to telecast, publish or circulate on the TV channels, cable, print or social media, as the case may be, any content in context of Actress Rhea Chakraborty's narcotic drugs case that maligns or slanders the Petitioner or which contains anything defamatory, deliberate, false and suggestive innuendos and half-truths in respect of the Petitioner, or to use sensational headlines, photographs, video-footage or social media links which invade the privacy of the Petitioner.

These were the details of the news Bollywood News - Hope media will show restraint: Delhi HC on Rakul ... for this day. We hope that we have succeeded by giving you the full details and information. To follow all our news, you can subscribe to the alerts system or to one of our different systems to provide you with all that is new.