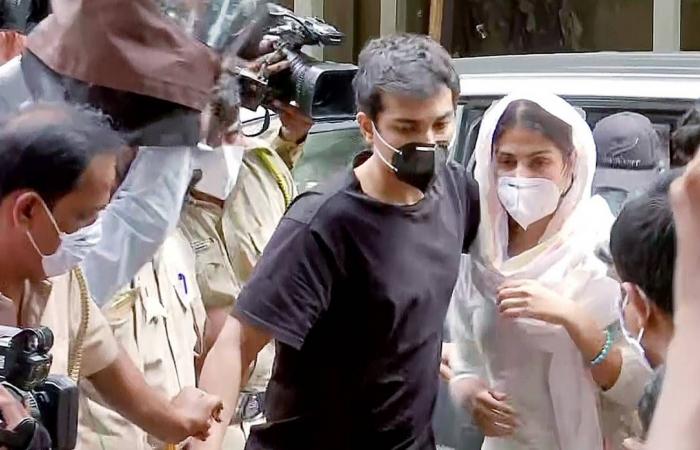 Thank you for reading the news about Rhea, family have not received CBI summons: Lawyer and now with the details

Aden - Yasmine El Tohamy - Actress Rhea Chakraborty and her family have not received summons from the CBI, her lawyer Satish Maneshinde said on Monday.

Earlier in the day, several reports claimed that Rhea and her father Indrajit Chakraborty have been summoned by the CBI as part of investigations into the death of actor Sushant Singh Rajput.

Following which, her legal team sent out an official statement, refuting the claims.

"Dear Friends, Rhea Chakraborty & Fly (Family) have not received any summons from CBI so far to attend. No sooner she receives it, she & fly will attend as they did before Mumbai Police and ED as law abiding citizens. No speculations are necessary," said her lawyer Satish Maneshinde in the statement.

Sushant was found dead in his Bandra flat in Mumbai on June 14. Now, the CBI has taken over the case.

The CBI team on Sunday took the late actor's personal staff back to his flat in Bandra for further questioning and recreating the crime scene.

The team also visited the Waterstone resort where the late actor had spent two months. The CBI team was there for over two hours, trying to determine how Sushant behaved during his stay at the place.

These were the details of the news Bollywood News - Rhea, family have not received CBI summons: Lawyer for this day. We hope that we have succeeded by giving you the full details and information. To follow all our news, you can subscribe to the alerts system or to one of our different systems to provide you with all that is new.