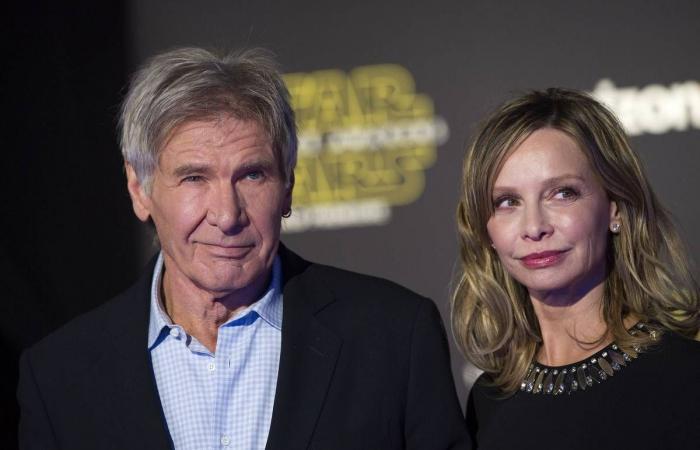 Thank you for reading the news about Harrison Ford flies wife Calista Flockhart, son Liam to... and now with the details

Aden - Yasmine El Tohamy - Ford is an avid flyer but has been involved in several piloting incidents in the recent past.

Hollywood actor Harrison Ford and his wife Calista Flockhart dropped their teenage son off at college via the actor's private plane, according to a news report.

According to People, the 78-year-old actor, his wife, and their son Liam Flockhart Ford arrived at Liam's liberal arts college Thursday or the start of the fall semester.

Flockhart was seen giving the 19-year-old a sweet hug before saying goodbye. All three wore face masks for the drop-off.

Liam is the only child of Flockhart, who wed Ford in 2010. Flockhart adopted Liam as a single mother just one year before she and Ford started dating in 2002.

Ford is an avid flyer but has been involved in several piloting incidents in the recent past.

In April, the Federal Aviation Administration began looking into an incident at Los Angeles' Hawthorne Airport involving Ford, in which he crossed a runway at the airport where another aircraft was landing while flying his plane.

At the time, a representative for Ford said in a statement, "Mr. Ford crossed the airport's only runway in his aircraft after he misheard a radio instruction from ATC. He immediately acknowledged the mistake and apologized to ATC for the error."

"The purpose of the flight was to maintain currency and proficiency in the aircraft. No one was injured and there was never any danger of a collision," added the representative.

CNN reported at the time that the FAA confirmed the incident, in which the two aircraft were approximately 3600 feet apart.

In 2017, the actor reportedly flew dangerously close to a taxiing passenger plane after mistakenly landing in a taxiway instead of the runway he was cleared for. And two years prior, Ford crash-landed at a Santa Monica golf course after encountering engine trouble.

These were the details of the news Bollywood News - Harrison Ford flies wife Calista Flockhart, son Liam to... for this day. We hope that we have succeeded by giving you the full details and information. To follow all our news, you can subscribe to the alerts system or to one of our different systems to provide you with all that is new.