Bollywood News - Sushant's lawyer questions as to why Rhea is... 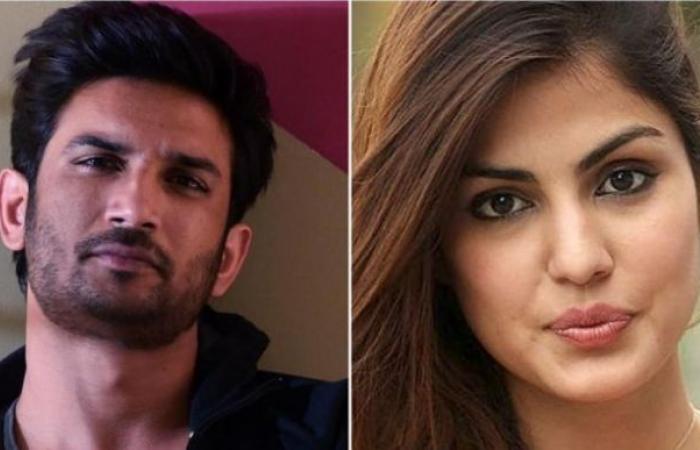 Thank you for reading the news about Sushant's lawyer questions as to why Rhea is... and now with the details

Aden - Yasmine El Tohamy - Soon after the legal team of Rhea Chakraborty issued a statement in response to the allegations levelled against her in connection with the death of her ex-boyfriend Sushant Singh Rajput, the legal team of the deceased actor said that such a defence is like 'Chor Ki Daadi Mein Tinka' which translates to 'a mole in the thief's beard'.

Speaking to the media here, senior advocate Vikas Singh said, "Why is she giving clarifications on Aaditya Thackeray? He is not a part of our complaint. Her mentioning him is like the Hindi saying 'Chor ki Daadi Mein Tinka'."

He further questioned as to how can Rhea give a clean chit to herself. "How can she say that nothing has come out in the ED probe. The investigation is still underway," he said.

Singh further alleged that the late actor's kin had on February 25 only said that there is a threat to his life but the police didn't take any action.

"Aggrieved by the same, the family approached me and then an FIR was registered," Singh said, while adding that Rhea first left the home, then Sushant's sister came in.

"Why did she leave SSR in such a bad state? Why did she block him? On one floor, SSR used to sleep and on the other floor people were partying," the senior counsel said.

He added that such a statement from Rhea and her legal team right before the verdict of the Supreme Court is just an attempt to get 'sympathy'.

"These statements are a mere attempt to seek sympathy, but the whole problem is that this is unfolding the actual truth which they are attempting to hide. The judges of the apex court won't be affected by such statements," Singh said.

He also said that Sushant's sister Priyanka was close to him and the allegations regarding molestation were mere tactics to remove Priyanka from the late actor's life.

"After tarnishing Sushant and Priyanka's relationship, Rhea also changed his charted accountant. She took control of all his accounts, a lot of money was transferred from his account," he said.

Earlier in the day, the legal team of Rhea detailed the entire incident pertaining to the previous allegation made by the actress that it was Priyanka, the sister of the late actor, who had molested her after getting drunk, and the incident had caused a rift between the siblings.

"In the initial months of their relationship, when Rhea had visited Sushant's house, his sister Priyanka and her husband Siddharth were living with him. One night, in and around April 2019, Rhea and Priyanka had gone out to a party. Priyanka consumed copious amounts of alcohol and was behaving inappropriately with men as well as women at the party. So, Rhea insisted that they return to Sushant's home.

"Upon returning, Sushant and his sister continued drinking alcohol while Rhea retired for the night as she had a shoot the next morning. Rhea was asleep in Sushant's room when she suddenly awoke to find Priyanka had got into bed with her and was groping her. Rhea was extremely shocked and demanded that she leave the room immediately.

"Subsequently, Rhea herself left the house. Thereafter, Rhea informed Sushant as to what had transpired, and Sushant got into an argument with his sister regarding the same. That due to the aforesaid incident, the relationship between Sushant's family and Rhea had been strained since inception. Even after his death when a list of 20 people was made to attend the funeral, Rhea's name was not included in the list and hence excluded from attending the funeral," said Rhea's lawyer Satish Maneshinde.

These were the details of the news Bollywood News - Sushant's lawyer questions as to why Rhea is... for this day. We hope that we have succeeded by giving you the full details and information. To follow all our news, you can subscribe to the alerts system or to one of our different systems to provide you with all that is new.