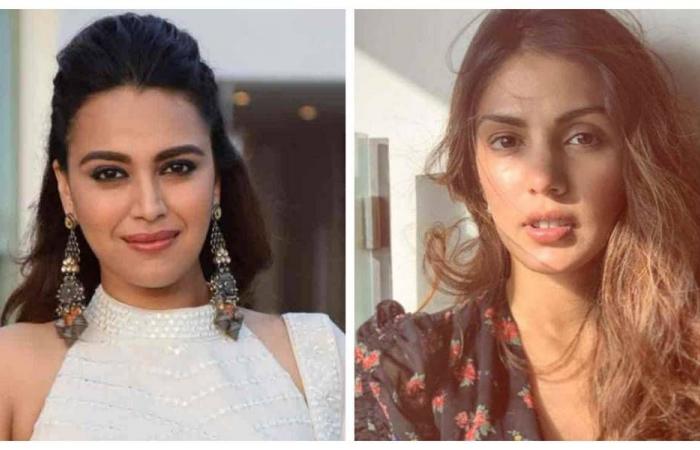 Thank you for reading the news about Rhea being subjected to a bizarre, dangerous... and now with the details

Rhea Chakraborty is being subjected to a dangerous media trial in the Sushant Singh Rajput case, feels Swara Bhasker.

Meanwhile, Rhea, late actor Sushant's girlfriend, has moved a fresh plea in Supreme Court, complaining that the media was unfairly holding a trial and pronouncing her guilty.

She also urged the top court to ensure that she is not made a scapegoat of political agenda in the wake of the Bihar elections scheduled later this year.

Sushant, who hails from Bihar, was found hanging at his residence in Mumbai on June 14. Rhea has been accused of abetment to suicide and money laundering among other charges in an FIR filed by the late actor's father KK Singh.

These were the details of the news Bollywood News - Rhea being subjected to a bizarre, dangerous... for this day. We hope that we have succeeded by giving you the full details and information. To follow all our news, you can subscribe to the alerts system or to one of our different systems to provide you with all that is new.