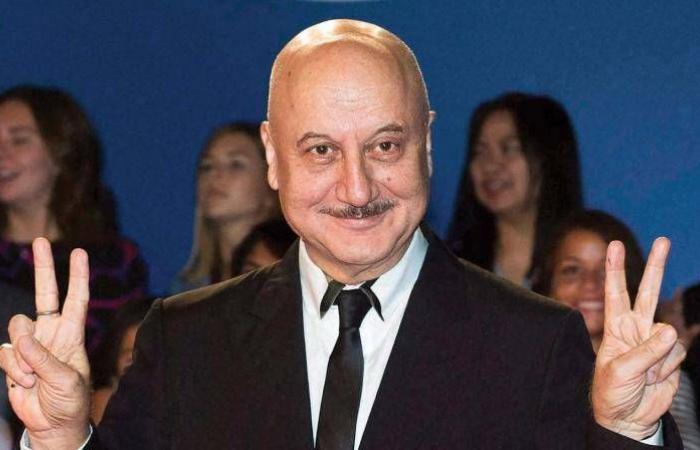 Thank you for reading the news about Watch: Anupam Kher says Sushant Singh Rajput's... and now with the details

Aden - Yasmine El Tohamy - He believes people have a right to know the truth in the case.

Bollywood actor Anupam Kher has spoken up for the first time about the death investigation of Sushant Singh Rajput. Putting out a video on Twitter, he says the case - which has seen many twists and turns - must be seen through till its logical end and to not speak up about it would be a sign of cowardice.

He said, "The case of Sushant Singh Rajput's death, from June 14 till now, has seen a lot of twists and turns, and to not say anything about it is a case of 'ankh moondna' - closing your eyes to the issue."

He added, "Many people don't want to say anything perhaps because they don't know what to say. But now, considering the situation we are seeing, without faulting anyone, we have at least this much of a duty - to see this case through to its logical end. From the point of view of being a co-artist, actor and even a human being, (I would say) he is someone's son, someone's brother, we have all praised him, he has done good work. So staying quiet at this time. it is not necessary that we have to criticise someone but it is very necessary that his death case gets a logical end.

"How to go about this, who is at fault, who is not, this decision should definitely be arrived at. There are 50,000 thousand theories - whether we agree with them or not is not the question - but we should at least ask, whatever is happening, shouldn't it have an end? His family members and whoever is crying out for justice for him, we should at least let them know that we are supporting them. 'Ankh moondna' - closing your eyes to the issue - is a sign of cowardice, and being a coward is not a good thing."

These were the details of the news Bollywood News - Watch: Anupam Kher says Sushant Singh Rajput's... for this day. We hope that we have succeeded by giving you the full details and information. To follow all our news, you can subscribe to the alerts system or to one of our different systems to provide you with all that is new.