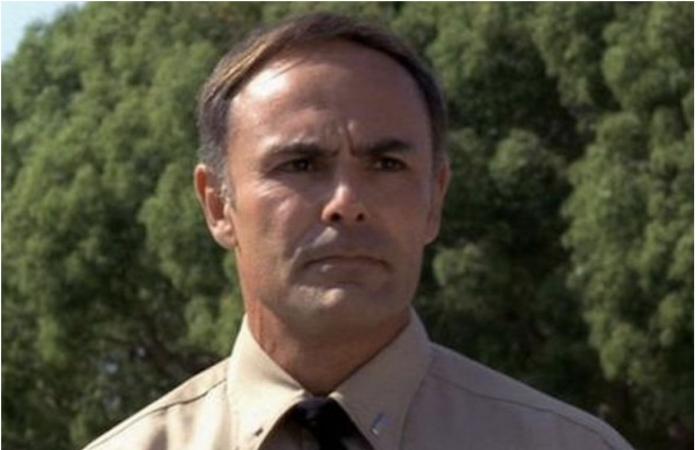 Thank you for reading the news about John Saxon, 'Nightmare on Elm Street' actor, dies at 83 and now with the details

Aden - Yasmine El Tohamy - John Saxon, the actor who kicked around with Bruce Lee in 'Enter the Dragon' and appeared in three Nightmare on Elm Street movies for director Wes Craven, died Saturday. He was 83.

According to The Hollywood Reporter, Saxon died of pneumonia in Murfreesboro, Tennessee, his wife, Gloria.

During his long career, Saxon - an Italian-American from Brooklyn, played characters of various ethnicities.

His portrayal of a brutal Mexican bandit opposite Marlon Brando in The Appaloosa (1966) earned him a Golden Globe, and he had a recurring role on ABC's Dynasty as Rashid Ahmed, a powerful Middle East tycoon who romanced Alexis Colby (Joan Collins). And on another 1980s primetime soap, CBS' Falcon Crest, he played the father of Lorenzo Lamas' character.

Years earlier, Saxon starred from 1969-72 as the surgeon Theodore Stuart on The New Doctors rotating segment of the NBC drama series The Bold Ones.

Saxon first gained notice for his performance as a disturbed high school football star who taunts Esther Williams in 1956 with The Unguarded Moment. In the film's credits, he's billed as "the exciting new personality John Saxon."

He played a police chief who makes a fatal mistake in the Canadian cult classic Black Christmas (1974), featuring Margot Kidder and Keir Dullea, and his horror resume also includes two films for Roger Corman: Queen of Blood (1966) and Battle Beyond the Stars (1980), playing a tyrannical warlord.

In Warner Bros.' Enter the Dragon (1973), Lee's first mainstream American movie and last before his death at age 32, Saxon portrayed Roper, a degenerate gambler who participates in a martial arts tournament. In real life, his fighting skills did not approach those possessed by Lee and another co-star, karate champion Jim Kelly.

Saxon, though, said that Lee "took me seriously. I would tell him I would rather do it this way, and he'd say, 'OK, try it that way,' " he told the Los Angeles Times in 2012.

The star was born Carmine Orrico on August 5, 1936, the eldest of three children of an Italian immigrant house painter. While in high school, he worked as a spieler at a Coney Island archery concession, becoming proficient with the bow and arrow.

These were the details of the news Bollywood News - John Saxon, 'Nightmare on Elm Street' actor, dies at 83 for this day. We hope that we have succeeded by giving you the full details and information. To follow all our news, you can subscribe to the alerts system or to one of our different systems to provide you with all that is new.