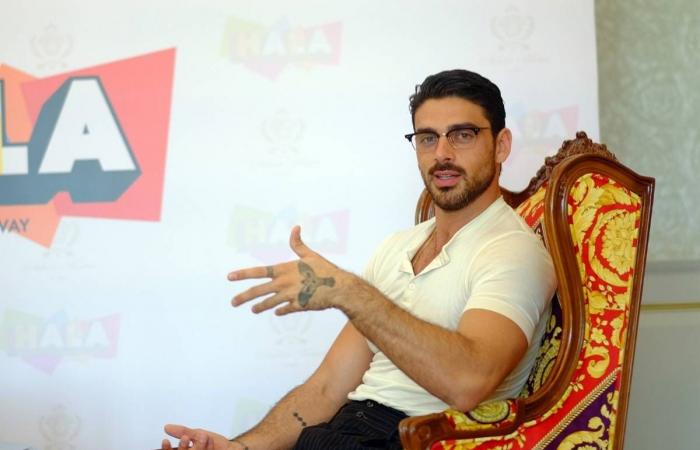 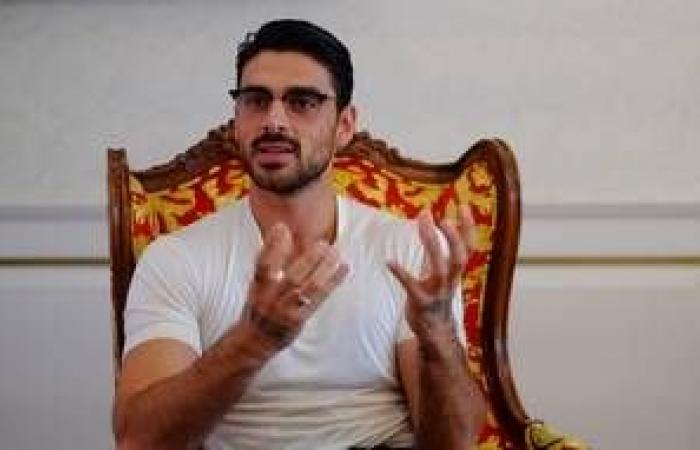 Thank you for reading the news about Why Michele Morrone had to leave Italy to find respect as... and now with the details

Aden - Yasmine El Tohamy - BEING SO HANDSOME it affects your employment opportunities? That's a head scratcher. Although having read a few objectively attractive Hollywood stars' struggles to be taken seriously - notably Charlize Theron who had to physically alter her appearance to win an Academy Award for Monster (2003) - we can see how it could cause consternation. According to the global phenomenon that is Italian 365 Days actor Michele Morrone, just such a dilemma has been all too close to home and forced the actor, musician and artist to spread his sights further than his native land in search of opportunities.

"In Italy, I had a relationship that didn't work that good," the 30-year-old said when we met at Dubai's Palazzo Versace on Thursday morning. "They never trusted me. If you're a good-looking guy, you're just good looking.

"If you're an 'actor' you should be ugly, you should be [moody], you play in the theatre. It doesn't work like that. The art is inside your heart. If I'm a good-looking guy, then I'm lucky - thank my parents. But that doesn't mean I cannot be an artist. Today I am what I am because someone else believed in me. In Italy this cannot happen."

Without that decision to venture forth one of Netflix's most popular characters in recent times, mafia boss Don Massimo Torricelli, may never have been created. The role, which has propelled Morrone into the upper echelons of celebrity, managed to transcend language and culture into becoming a firm fan favourite. Dressed in a white T-Shirt, pinstripe suit pants and specs, the laidback performer was however far from his criminal alter ego. In fact on Thursday he had his musician hat on.

In Dubai to officially launch celebrity shout-out app HalaHi, where you can order personalised videos from your preferred celebs, Morrone has been making the most of his time in the Emirates. And why not? After celebrity influencer Nas Daily's recent stopover, the country is once again becoming a hub of showbiz activity. Over the course of the week, when he is not reading the notes affixed to the reportedly 1000 flowers a day he receives from UAE admirers, Morrone has consistently posted lavish Instagram stories such as exploring in a Ferrari, eating in the finest restaurants and swimming in his hotel room's private pool at night. It was however the snippet featuring an instrument which piqued our attention.

"I always have my guitar with me," Morrone said. "It's like a girlfriend for me, the guitar.

"In the free time I keep working on the album because I can get ideas from one moment to another. They come so quick you have to write it down."

For those unaware, Morrone provided the vocals for the 365 Days' signature tune, Feel It and, after a combined 52 million views on his YouTube channel, it would appear music is going to play a bigger part in his career. The artform even permeates his fantasy HalaHi message: wishing he could receive happy birthday wishes from former Beatle John Lennon.

"John used to have an amazing vision of the world," Morrone said. "He used to communicate, as I'm trying to do, a very big message through his music. We are all the same no matter where you are, your colour, your religion, your team. Through music, with one song, you can move anyone. I love this idea."

The track Feel It is also inspiring a new business venture - one very close to Middle Eastern hearts.

"What if Feel It can become something you can taste, something you can smell? I'm in Dubai because I'm making my own brand of perfume," Morrone revealed. "As we all know if you want to get the best quality perfumes in the world, you should come to the Arab countries. Here the perfume is a culture, it's philosophical."

And as for future acting projects?

"I'm not Massimo Torricelli. I know people will be expecting me to play a sexy man or a mafia man that just kills or takes women. I'm not only that. My expectations are, as an artist, I'm ready to play whatever character makes me happy: a magician, a doctor, a lawyer. It depends on the script. I have to like the story. I'd like to do a historical movie. A movie based 200 years ago with those clothes."

How did your tie-up with HalaHi come about?

"I was contacted by Sara Al Madani (Emirati entrepreneur and HalaHi CEO). I didn't know anything about this app. I have got many offers to be part of this kind of app. When I have the meeting with the people from HalaHi, they were so nice: young and (energetic). It was super comfortable to talk with them. I feel I want to work with these people. It's 100 per cent for fans. You want a personal video for video from idol, you pay and it's yours. Most of the money I gain will go to charity."

These were the details of the news Bollywood News - Why Michele Morrone had to leave Italy to find respect as... for this day. We hope that we have succeeded by giving you the full details and information. To follow all our news, you can subscribe to the alerts system or to one of our different systems to provide you with all that is new. 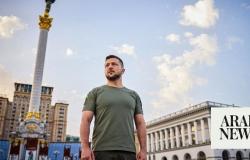