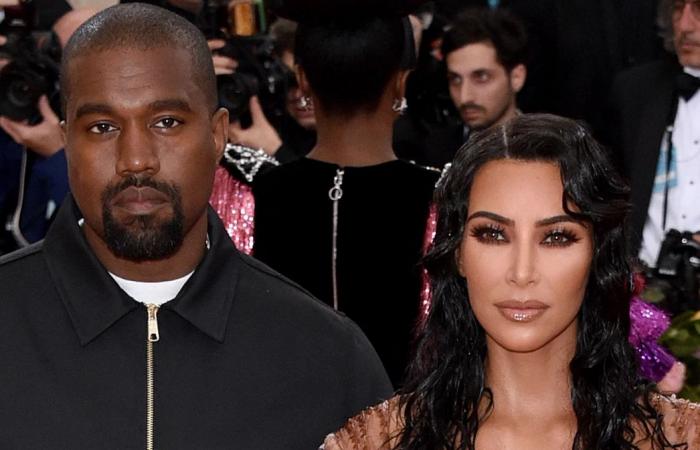 Thank you for reading the news about Kanye West accuses Kim Kardashian of trying to 'lock him... and now with the details

Aden - Yasmine El Tohamy - In a series of tweets Monday evening, 43-year-old rapper Kanye West wanted both wife Kim Kardashian and her mother Kris Jenner, to contact him as he claimed they were trying to "lock me up," according to a report in People.

"Kim was trying to fly to Wyoming with a doctor to lock me up like on the movie Get Out because I cried about saving my daughter's life yesterday," West wrote on Twitter, referring to his comments about North West during his first campaign rally over the weekend.

His rally at Charleston, South Carolina included a rambling speech, tears, and some very controversial comments about renowned American abolitionist Harriet Tubman. He also claimed that he had wanted his wife Kim to get an abortion.

"Kriss don't play with me you and that calmye are not allowed around my children Ya'll tried to lock me up," West wrote in one tweet Monday, which seemed to refer to his mother-in-law and her boyfriend Corey Gamble. He then tweeted, "Kim tried to bring a doctor to lock me up with a doctor."

"If I get locked up like Mandela Ya'll will know why," West tweeted. "Everybody knows the movie get out is about me,' he also wrote.

In other tweets, West asked Kim and Kris to get in contact with him. "Kriss and Kim call me now," he wrote, and in another now-deleted tweet, shared a screenshot of a text to his mother-in-law that read, "This Ye you ready to talk now or are still avoiding my calls."

In the Twitter storm, West approached other subjects, and mentioned Kim's Playboy shoot, vowing that his children would never pose for the publication.

"I put my life on my God that Norths mom would never photograph her doing playboy and that's on God I'm at the ranch ... come and get me," he wrote.

All the above mentioned tweets have been deleted, and only one where he says 'West children will never do playboy west' remains.

These were the details of the news Bollywood News - Kanye West accuses Kim Kardashian of trying to 'lock him... for this day. We hope that we have succeeded by giving you the full details and information. To follow all our news, you can subscribe to the alerts system or to one of our different systems to provide you with all that is new.