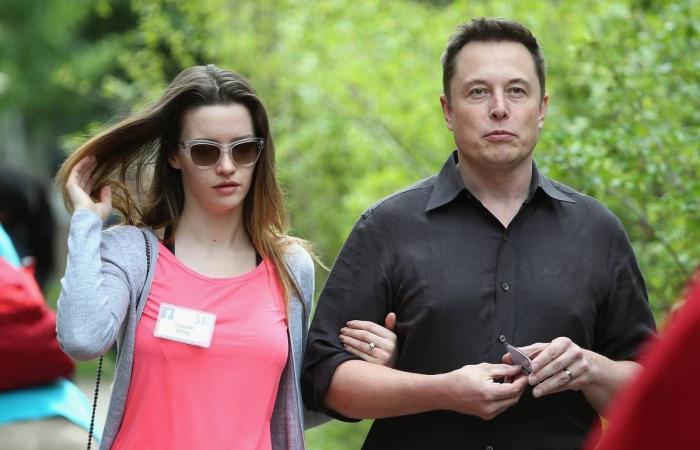 Thank you for reading the news about Elon Musk's ex-wife denies... and now with the details

Aden - Yasmine El Tohamy - Rumours are swirling that Talulah Riley was procured by the infamous Maxwell as a 'child bride' for the Tesla CEO.

The ex-wife of Tesla CEO Elon Musk, actress Talulah Riley, is denying wild rumours that Ghislaine Maxwell, who was recently arrested by the FBI and charged with six federal crimes pertaining to her relationship with convicted pedophile Jeffrey Epstein, procured her as a child bride for Musk.

According to a report in Daily Mail, a photo of Musk and Maxwell together at the 2014 Vanity Fair Oscar Party began doing the rounds on social media, leading to speculation that the two know each other.

Musk has denied knowing Maxwell, saying she 'photobombed' him when the picture was taken. He was married to Riley at the time.

Riley, 34, took to Twitter Saturday to dispel the rumours in a lengthy statement, which read: 'To my knowledge, I have never met Ghislaine Maxwell. A photo of Elon and Maxwell is doing the rounds, taken at a party where I was also present. It is possible I was briefly introduced to her, but not in any way that I can remember. Elon and I met thousands of people over the course of our relationship. There will be countless photos of Elon with people he doesn't know/happened to be stood next to at a party. The other thing I have seen implied is that Maxwell procured me as some kind of child-bride for Elon. Again, I don't know Maxwell. Elon and I met when I was twenty-two and he was on a business trip to London. It was a chance meeting, engineered by no one."

But Riley did reveal that she and Musk have visited the New York City townhouse of Jeffrey Epstein. "Elon and I went to Epstein's house in NYC once as part of an itinerary of appointments. I can't even date this to a year - we used to travel constantly for work and the situation was always pretty similar in any city/country: back-to-back meetings, a car with CPO drivers, and often a contact/ minder/ guide. This trip was no different. There was a man taking us round the city and introducing us to various people."

Epstein committed suicide in prison last year. Maxwell has been accused of luring underage girls for him.

These were the details of the news Bollywood News - Elon Musk's ex-wife denies... for this day. We hope that we have succeeded by giving you the full details and information. To follow all our news, you can subscribe to the alerts system or to one of our different systems to provide you with all that is new.