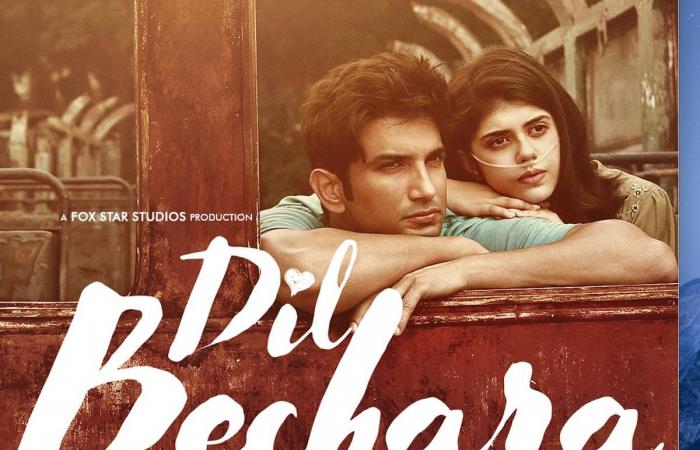 Thank you for reading the news about Akshay Kumar, Alia Bhatt, others announce release ... and now with the details

Aden - Yasmine El Tohamy - In a live virtual interaction with a host of stars such as Varun Dhawan, Alia Bhatt, Akshay Kumar, Abhishek Bachchan and Ajay Devgn along with the Walt Disney Company APAC President and Star and Disney India Chairman, Uday Shankar, Disney+Hotstar Multiplex was launched on Monday.

The newly introduced initiative will allow the audience to watch the some top films online during the ongoing Covid-19 pandemic.

"We decided that amid the pandemic, people are stuck in homes, they need new films and content while they look forward to something cheer-up," Shankar said during the live interaction.

Shankar announced, "As a tribute to late actor Sushant Singh Rajput, his last film Dil Bechara will the first to be released on the platform."

Following the statement, Akshay Kumar launched the first two looks of his upcoming horror-drama Laxmmi Bomb. Calling the genre of the movie his "favourite" and a "passion project", he said that he was looking forward to doing the film.

"The movie is extremely dear to me as it is something unique I have attempted for the first time! It is an entertaining mélange of horror and humour and it has a strong social message attached to it! I am certain that this movie will bring joy and hope for everyone in these trying times," said Kumar.

Devgn too released the poster of his upcoming flick, Bhuj: The Pride of India featuring himself and Sanjay Dutt, and shared that just like his last film Tanhaji, the movie is also based on a true story.

"Ajay Devgn who will be seen in Bhuj: The Pride of India added, "Having done a hundred films, I definitely took it for granted that theatres were where our films were meant to play. However, two things happened suddenly and almost simultaneously. The Covid-19 pandemic threw all our comfort worlds into a tizzy. And, at the same time the OTT medium that was a fairly new phenomenon gained a huge significance as far as consuming entertainment is concerned. In the future, Theatres and OTT will move in parallel. Both options offer their own strengths," said Devgan.

Releasing the poster of upcoming flick, Sadak 2, Alia announced the release of the film. She spoke about the film's journey with her father [Mahesh Bhatt], sister [Pooja Bhatt] and Sanjay Dutt, and said that this film was a "homecoming" in its true sense, as the family reunited for the project.

"Sadak 2 is a movie that is very close to my heart; it was my first time working with my father, which makes this a dream come true. It has a very new but relevant emotional pulse, with an amazing cast. Working with Aditya, Sanjay Dutt and Pooja has been magical. These are extraordinary and difficult times and all of us are trying to get through it, taking each day at a time. My father always says that a filmmaker's destination is the audience's heart," said Bhatt.

Bachchan who is working with Devgn for the second time after Bol Bachchan, launched the poster of The Big Bull. Sharing the plot of the film, he said that the story was based in the late 80s and early 90s in Mumbai.

"There is nothing greater than the joy of being able to entertain someone through movies and great storytelling. And that's exactly what The Big Bull will do - it will keep audiences hooked till the very end," said Bachchan.

Films like Khuda Haafiz starring Vidyut Jamwal and Kunal Kemmu's Lootcase will also be released on the online streaming platform.

With inputs from  Disney+ Hotstar

These were the details of the news Bollywood News - Akshay Kumar, Alia Bhatt, others announce release ... for this day. We hope that we have succeeded by giving you the full details and information. To follow all our news, you can subscribe to the alerts system or to one of our different systems to provide you with all that is new.