Bollywood News - Sushant's relative feels actor was under 'some... 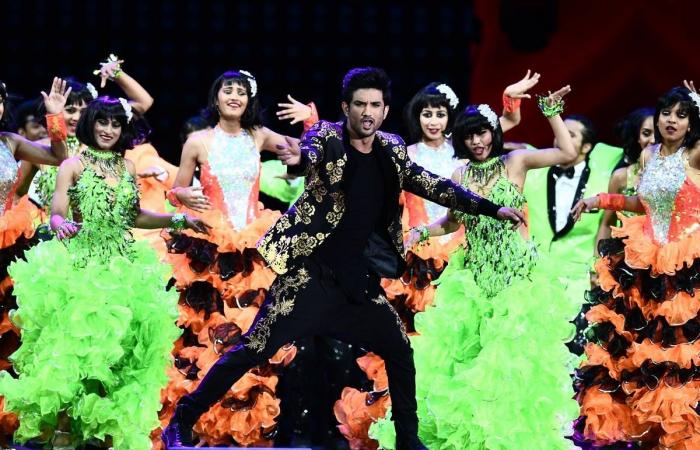 Thank you for reading the news about Sushant's relative feels actor was under 'some... and now with the details

Aden - Yasmine El Tohamy - He also shared that the late actor was an inspiration for people, and that he wouldn't take a drastic and fatal decision of killing himself.

Sushant Singh Rajput's cousin Niraj Kumar Bablu said that their family feels that the late actor was under some pressure from Bollywood, following the statement by film producer Sandeep Ssingh.

Sandeep claimed that Sushant had good relations with producers Karan Johar and Ekta Kapoor, and said that he wasn't under any kind of pressure and was also not the target of nepotism.

"We are still stuck with the religious formalities of Sushant. As far as the case is concerned there are big personalities in industry who have spoken about the behaviour of Bollywood with Sushant. So we definitely feel that there was some pressure on him from Bollywood otherwise these big Bollywood celebrities wouldn't have supported Sushant, so this should be investigated," said Niraj.

On May 14, Sushant Singh Rajput was found dead in his Mumbai apartment. Police say the actor died by suicide.

"We are in a wait and watch position on the results of the investigation," Niraj added.

Talking a stand on Sandeep's statement, Niraj said, "Sandeep might be a friend of Sushant, he spoke to media on his personal capacity but as far as the investigation is underway, we should go with that."

He added, "The police will investigate and will try to find out the reason of his death someone may speak whatever they want but we are going with police investigation police won't stop investigation on Sandeep's statement or what I speak to media. If anyone tries to misguide or hide the truths from the investigation police won't accept it. They will have to put up the puzzle altogether. We as a family don't want to interfere in it, once all the aspects comes out will see what needs to be done."

Sushant's cousin also shared that the late actor was an inspiration for people, and that he wouldn't take a drastic and fatal decision of killing himself.

Niraj said, "What we know about him is that he was a very intelligent person, he used to inspire people...even the film he did, Chhichhore also had a message on how to win on depression and not to commit suicide. So, a person like him who gave message not to commit suicide... how can he commit suicide? And we can't digest this. And at this point, the investigation is on we are not even accusing anyone so let the truth come out."

Niraj said, "In regards of CBI, big politicians, film stars and his fans have demanded CBI enquiry and in two-three days we will take a call on whether to involve CBI or not. But, it depends on the State government whether to handover Sushant's case to CBI or not ."

He said, "So, as far as the case is with Mumbai Police we will wait for the outcome of the investigation, and accordingly if we feel that the investigation is not up to the mark will definitely demand CBI probe."

These were the details of the news Bollywood News - Sushant's relative feels actor was under 'some... for this day. We hope that we have succeeded by giving you the full details and information. To follow all our news, you can subscribe to the alerts system or to one of our different systems to provide you with all that is new.