Bollywood News - Russell Crowe's kids quarantining away from him in... 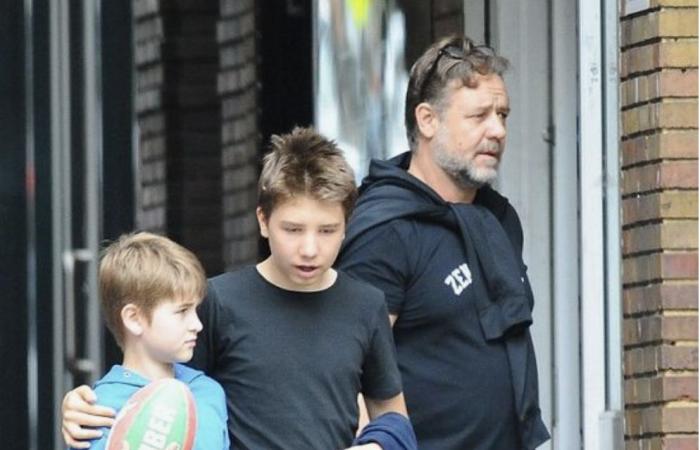 Thank you for reading the news about Russell Crowe's kids quarantining away from him in... and now with the details

Aden - Yasmine El Tohamy - Actor-producer Russell Crowe's kids decided to isolate away from their dad for a completely relatable reason: Access to takeout.

According to Page Six, the Oscar winner star, appearing remotely on The Tonight Show with Jimmy Fallon Wednesday, explained that he's quarantining in the Australian outback and asked his two Sydney-based sons, 16-year-old Charles and 13-year-old Tennyson, if they wanted to join him. They weren't interested.

The 56-year-old actor revealed, "I was a little affronted because it's the bush. We got the wide open spaces. We got all of these amazing things up here."

"But they were like, 'No, no, dad, we've made the decision that in a pandemic, we're going to isolate in the most populous part of the country surrounded by the areas that have the most infections,'" he continued.

In 2003, Crowe married Australian singer Danielle Spencer. They had Charles and Tennyson before separating in 2012.

He is the co-owner of the National Rugby League team the South Sydney Rabbitohs and recounted how the team kneeled during their game last week in solidarity.

"You know, within Australian culture, there's, of course, Australian aboriginals and also many Maori people from New Zealand and other nations like Samoa and Tonga and Papua New Guinea," Crowe explained.

He added, "And the player base for the game of rugby league definitely has a majority of black players. And as a club, we just asked them if they wanted to make their own statement and so they took it upon themselves."

These were the details of the news Bollywood News - Russell Crowe's kids quarantining away from him in... for this day. We hope that we have succeeded by giving you the full details and information. To follow all our news, you can subscribe to the alerts system or to one of our different systems to provide you with all that is new.