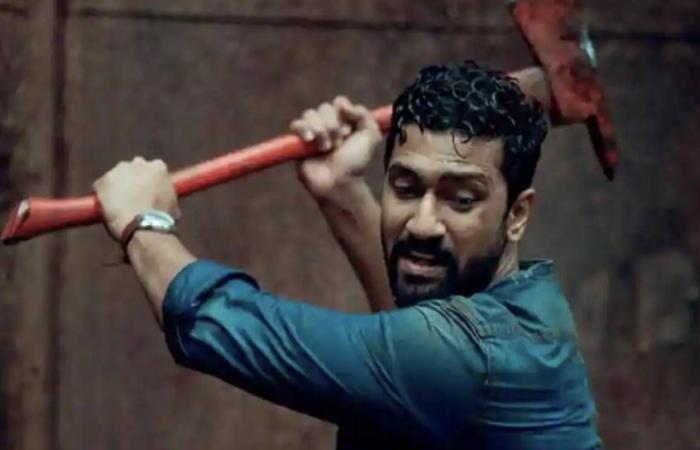 Thank you for reading the news about Bhoot Part One review: Get on board the haunted... and now with the details

Aden - Yasmine El Tohamy - For a horror movie that gets its thrills out of levitating people, creaking doors, cracking mirrors, crawling creatures on the ceiling and a creepy doll, Bhoot Part One: The Haunted Ship has a pretty unimaginative title we have to say.

Helmed by debutant director, Bhanu Pratap Singh, the movie stars National Award winning actor Vicky Kaushal as Survey Officer Prithvi who is entrusted with the task of investigating the Sea Bird, a ship that has washed ashore on Juhu Beach in Mumbai.

Prithivi, as played by Kaushal is a dark brooding presence in the movie; he is showcased as a man haunted by his own personal ghosts and so it is only natural that he shows affinity for the 'real' ghosts inhabiting the ship. After all what else would make a man go back to the same place - the dilapidated ship - where he encounters everything from a vengeful ghost to a possessed soul and a creepy doll that soon follows him home.

Kaushal is perfectly cast as the tortured central character, and holds the movie together single-handedly with his strong presence. As a guilt-ridden father haunted by memories of his young daughter, he tugs at your heart strings.

Prithvi's personal tragedy and the tragic happenings within the ship play out on parallel lines, but unfortunately none of the characters other than Prithvi has been etched with any depth so we hardly feel for them.

Ashutosh Rana as Prof Joshi is underutilised in a role that showcases him as unwittingly funny, specially towards the end when he is shown chanting mantras to ward off the ghost! Bhumi Pednekar makes a cameo as Sapna, Prithvi's wife, in a blink and miss role that could have been done by anyone else.

With absolutely no comic or song sequences to distract us, the plot plays out tightly though after the half first of the movie, you wish things would proceed a bit more quickly.

For any horror movie to strike a chord with the audience, the denouement has to be spectacular. In Bhoot, unfortunately it is a bit anticlimactic and by the time the truth about what has unfolded within the ship ten years back, is laid bare, it is too little and a bit too late.

Bhoot in the end leaves a lot more questions unanswered and leaves you with a feeling of incompleteness. The explanation for that though is there in the title itself - Part One - which means that there is a second part to follow soon to tie up all the loose ends. Whether Vicky Kaushal's charisma alone is enough to lead audiences back to the theatres for a second round remains to be seen. If you are a fan of the horror genre, you may find bits and piece to keep you hooked. Technically, the movie is a visual delight, specially the scenes set within the dilapidated ship, but sadly the plot doesn't keep the same pace and that proves a bit of a let down.

Bhoot Part One: The Haunted Ship

These were the details of the news Bollywood News - Bhoot Part One review: Get on board the haunted... for this day. We hope that we have succeeded by giving you the full details and information. To follow all our news, you can subscribe to the alerts system or to one of our different systems to provide you with all that is new.