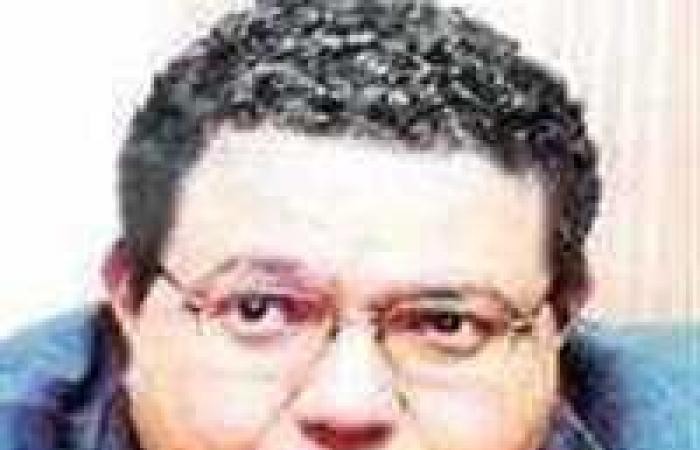 Last week, it was the opening of the fourth “El Gouna” Film Festival (and the first time for me personally to attend the opening of a film festival).

I attended the ceremony with many questions in my mind about the festival organizers ’adherence to holding it in light of the heavy“ Corona ”atmosphere, financial and operational difficulties, which could impede its success this year, and the controversy surrounding the honor of the French actor“ Gerard Depardieu ”, accused of one of Egypt’s leading artists and intellectuals of Zionism.

But the opening ceremony was successful, and the festival was launched despite all the difficulties, and its performances are still continuing as of this writing. Personally, I could only attend the opening and the next day of the festival, but I still had some impressions that I show you in four scenes:

The first scene is the high turnout at the concert by Egyptian and Arab stars, specialists and a young audience. Fear of Corona did not prevent them all from attending and adding a lot of joy and optimism, as well as the challenge and desire to make one of the most important cultural events succeed and not neglect it at all costs.

The second scene is what was included in the paragraphs of the opening ceremony of a profound expression of the value of loyalty. Loyalty towards the late “Khaled Bishara”, who was kidnapped by death in an unfortunate accident early this year, and had a prominent role in launching the “El Gouna” festival, in managing the “Orascom” company, and in supporting many young people who want to enter the world of business and public life. The words “Samih Sawiris” and the wife of the deceased “Marian” expressed the loss of his friends and colleagues and everyone who had gained a measure of their enthusiasm for life, work and change. The ceremony also included a short film about the movie stars Egypt lost during the past year, and the big screen was filled with immortal footage of “Shweikar”, “Mahmoud Yassin”, “Rajaa Al Jadawi”, “Majda Sabahi”, “Nadia Lotfi” and “Mahmoud Reda »And others, in another sincere expression of loyalty to a late generation of the makers of joy and art. The most beautiful tribute was to the artist “Onsi Abu Seif,” the pioneer of decoration and cinematic engineering, who attended, in turn, the merit of “Shady Abdel Salam” for him personally and on Egyptian cinema.

As for the third scene that stopped me, it was that in contrast to the preoccupation of satellite channels and social media with artists and the moment of their arrival on the so-called “red carpet” and recording the latest trends in clothes, fashion and jewelry, in exchange for all this, another parallel world was full of vitality, activity and seriousness, the world of cinema lovers present. To watch films in calmness, the world of young people who want to enter the cinematic field, the world of those with ideas, projects and innovations eager to present and discuss what concerns them and pick up funding and sponsorship opportunities. I listened to one of the seminars dedicated to discussing and evaluating their ideas and touched their happiness with the festival’s interest in them, especially the engagement of Naguib Sawiris in the dialogue With them and in evaluating their thoughts. This is a world that may not find media interest and appreciation nor a red carpet position, but it deserves all appreciation and respect for its creativity, optimism for the future, and a challenge to restrictions.

I leave the fourth and last scene to the actor “Gerard Depardieu”, whose presence and honor called for severe criticism from Egyptian actors, filmmakers and creators who indicated, in a statement they issued before the festival’s opening, to his Zionist positions. The truth is that, while I admire his acting, I had never heard of it before and trust them to appreciate. And I was dismayed – when I searched the post about him on official websites – that the man is also famous for the charges against him of tax evasion and sexual harassment, and that for all this he left his country and immigrated to Belgium, and then obtained Russian citizenship. His choice, then, to attend and be honored was neither successful nor required, and those who objected to honoring him are completely right. For his part, he added to the above by briefly attending the stage for a few minutes and delivering a meager speech in which he did not even care about the occasion. Nevertheless, this, in my estimation, is not a reason to condemn and boycott the entire festival, because the presence of “Depardieu” was only a point in a sea that was more comfortable than it and its attitudes and behavior, and the “El Gouna” festival deserves attention, support and appreciation in order to continue, grow and remain supportive of Egyptian and Arab cinema. For those who made effort, money, and enduring criticism and hardship, in order for the festival to resist the epidemic and recession and remain a window to art and freedom.

These were the details of the news Scenes from the “El Gouna” Film Festival for this day. We hope that we have succeeded by giving you the full details and information. To follow all our news, you can subscribe to the alerts system or to one of our different systems to provide you with all that is new.