The Sheikh of Al-Azhar responds to Macron and sends a message... 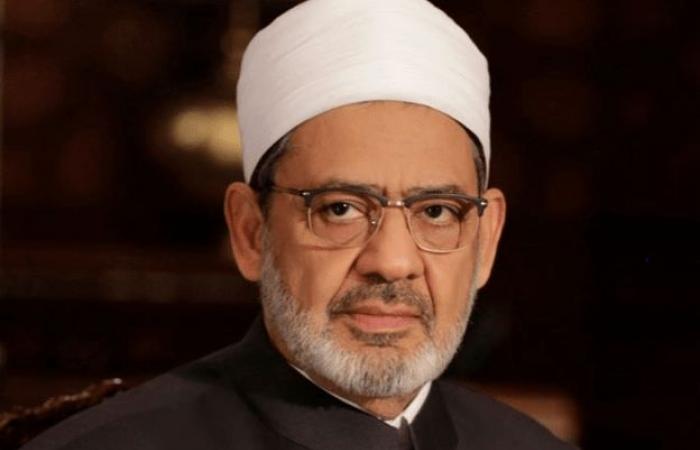 The sheikh of Al-Azhar, Ahmed Al-Tayeb, said that the Islamic world is witnessing a “systematic campaign to include Islam in political battles.”

Al-Tayyib added, in a post in Arabic, English and French, on his Facebook page, that this campaign “began with a malicious attack on the Prophet of Mercy, may God’s prayers and peace be upon him. We do not accept our symbols and sanctities to be victims of cheap speculation in the market of electoral politics and conflicts.”

Al-Tayyib sent a message to those who justify offending the Prophet of Islam, saying, “The real crisis is because of your intellectual duplicity and your narrow agendas. freedom of expression”.‎

On Wednesday, French President Emmanuel Macron said in a press statement that his country would not abandon the “cartoons” offensive to the Prophet Muhammad (belonging to the French magazine Charlie Hebdo), which were published on building facades in several French cities, including Toulouse and Montpellier (south).

During recent days, the pressure and the raids increased, targeting Islamic civil society organizations in France, against the background of the killing of a history teacher named Samuel Bate (47 years) who showed his students these pictures, in a suburb of Paris.

Macron described the killing of Patti as undermining freedom of expression and an “Islamic terrorist attack”.

His speech was widely rejected in Islamic countries, and his statements were described as incitement to hatred. And a campaign was launched to boycott French products in the Arab world.

Macron announced, early this month, that France must confront what he called “Islamic isolationism,” claiming that it seeks to “establish a parallel system” and “deny the republic.”

And the French Interior Minister Gerald Darmanan previously stated, Sunday, September 27, that his country is fighting a war against what he called “Islamic terrorism”, in his statements during a visit to a synagogue near the capital, Paris.

On Wednesday, July 16, French Prime Minister Jean Castex said that “combating Islamic extremism” is one of his “major concerns”, during his announcement to the National Assembly of his government’s general policy statement.

A series of attacks in France since January 2015 have killed 258 people, and the level of terrorist threat remains “very high” five years later, according to a statement by the French Interior.

The sheikh of Al-Azhar had responded two weeks ago to the statements of French President Emmanuel Macron, describing them as “irresponsible.”

Macron had given a speech in which he declared that France must confront what he called “Islamic isolationism”, claiming that it seeks to “establish a parallel system” and “deny the republic”, considering that Islam “is a religion that today is experiencing a crisis everywhere in the world.”

Al-Tayyib said in a tweet published in Arabic, English and French, “As we seek with the wise men of the West to promote the values ​​of citizenship and coexistence, irresponsible statements are issued that take the attack on Islam as a cover to achieve flimsy political gains. This non-cultural behavior against religions establishes a culture of hatred and racism and breeds terrorism “.

On the first Friday, Al-Azhar condemned the stabbing incident of two Muslim women in Paris, which took place last Sunday, describing it as a “hateful terrorist incident committed by extremists.”

He said in a statement that Al-Azhar declares its full solidarity with the two women and their families, stressing its firm and rejecting stance of these brutal attacks, and of all killings, regardless of the religion of the perpetrator or the victim.

He called on everyone to adopt the same positions of rejection and condemnation of all “terrorist operations,” stressing that “duplication in dealing with these incidents is shameful and shameful, and creates an atmosphere of congestion between followers of religions, and increases the repercussions of terrorism and counter-terrorism among people of different beliefs.”

The Muslim community in France, numbering more than five million people, lodged a complaint as a result of the increasing protests against the Islamists due to the French government’s crackdown on mosques and Islamic organizations.

Is the French economy affected by the Arab boycott campaigns?

Erdogan: Macron needs psychological treatment, and I do not know his problem with Islam

These were the details of the news The Sheikh of Al-Azhar responds to Macron and sends a message... for this day. We hope that we have succeeded by giving you the full details and information. To follow all our news, you can subscribe to the alerts system or to one of our different systems to provide you with all that is new.