Cut off part of her tongue .. The manpower reveals the... 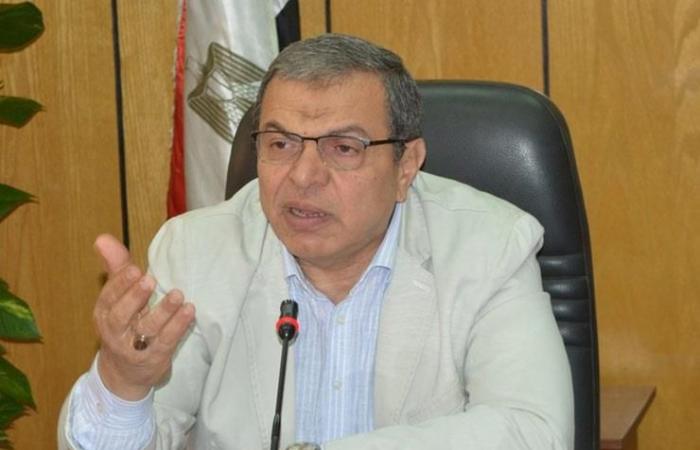 The Ministry of Manpower revealed the full details of an Egyptian doctor attacking and beating a Kuwaiti citizen at her workplace in Mubarak Al-Kabeer Eastern Clinic in Kuwait.

In a statement, Mohamed Saafan, Minister of Manpower, confirmed, in a statement, Tuesday, that the rights of the Egyptian doctor (LRMA), who was subjected to an incident of insulting and beating in Kuwait, are “reserved.”

He added that the Ministry’s Labor Representation Office at the Egyptian Embassy in Kuwait communicated with the doctor, and informed her of the minister’s wishes for a speedy recovery, following up on her case, and standing by her until all her moral and material rights were obtained, and the labor attache will visit her tomorrow at her workplace to check on her and provide her support.

The Minister of Manpower assigned the Labor Representation Office at the Egyptian Embassy in Kuwait to follow up on the doctor’s condition and visit her to check on her health condition first, and to inform her that the ministry is fully pursuing all her rights as a result of the assault incident, stressing that the political leadership represented by President Abdel Fattah El Sisi has directed the need for the state and the government to stand by Any Egyptian citizen and rallying around him if he gets into any problem, stressing that the Egyptian’s dignity is one of the nation’s dignity.

The minister directed – through the labor attache – the injured doctor to constantly communicate with the labor representation office of the Egyptian embassy in Kuwait, which is following her case and the progress of investigations in coordination with the consulate, noting that Egypt’s ambassador to Kuwait, Tariq Al-Qouni, the general consul, and labor and legal advisors are standing next to her.

For his part, the Kuwaiti labor attache, Ahmed Ibrahim, head of the Labor Representation Office, said that he had contacted the physician (LRM), who has been working as a family doctor at the Mubarak Al-Kabeer Eastern Clinic since 2010, and she was subjected to an incident of insulting and beating by a Kuwaiti citizen, according to the clinic records recorded in her All his data showed that during the examination of his ear in the Raqqa clinic, where it was working on Fridays during the weekends, the citizen detained her in the examination room without cameras, and he beat her and insulted her and hit her with bruises and cut off part of the tongue. The attacker continued to hit her in their presence, and when they tried to stop, he insulted them and left.

The labor attache added, “The doctor then called her husband and moved to the Raqqa police station, and a report number 159/2020 in Raqqa was issued after they obtained a medical report from Idan Hospital with injuries.”

The Labor Representative Office continues to follow up the incident in cooperation with the Egyptian Consulate in Kuwait.

These were the details of the news Cut off part of her tongue .. The manpower reveals the... for this day. We hope that we have succeeded by giving you the full details and information. To follow all our news, you can subscribe to the alerts system or to one of our different systems to provide you with all that is new.